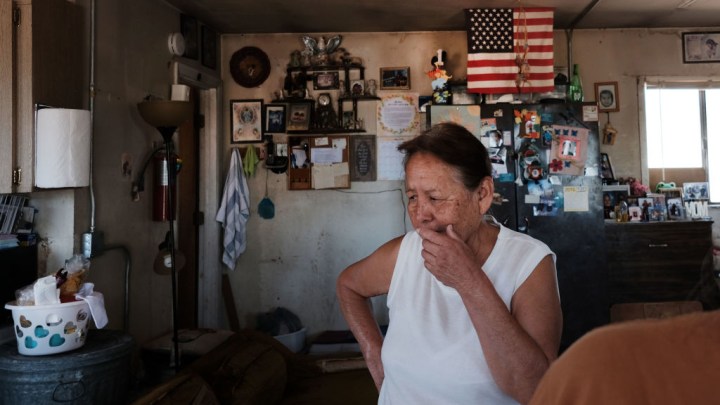 COPY
COVID-19 cases in the Navajo Nation are expected to peak in the next week or two. Spencer Platt/Getty Images
COVID-19

COVID-19 cases in the Navajo Nation are expected to peak in the next week or two. Spencer Platt/Getty Images
Listen Now

Native American tribes are grappling with a surge of COVID-19 cases. The Navajo Nation in the Southwest has one of the worst outbreaks in the country.

The federal government sent billions of dollars in aid this week, but tribes say it’s not enough and their limited infrastructure is being overwhelmed.

Young has launched a grassroots campaign to enlist medical and financial aid. Her group says there are just 13 ICU beds on the reservation for a population of 175,000 people living in an area bigger than West Virginia.

“The hospital beds are full,” said Jonathan Nez, president of the Navajo Nation. “We had to open three alternative care facilities. Those are gymnasiums retrofitted.”

COVID-19 cases on Navajo land are expected to peak in the next week or two. Eighty-five people have already died.

This week the federal government released nearly $5 billion in aid, with $3 billion more available. But one advocacy group estimated tribes will need $20 billion to deal with the pandemic.