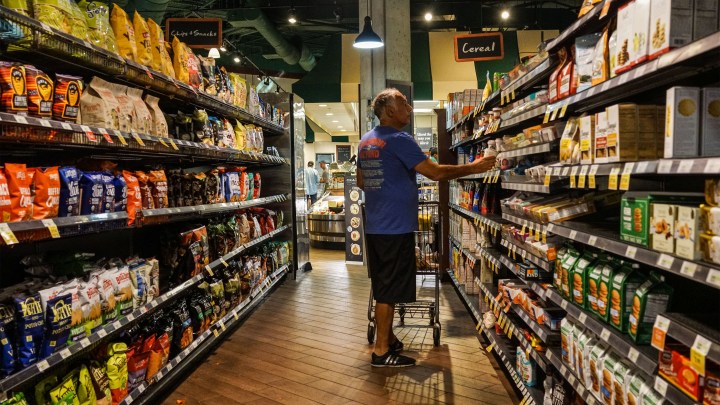 Pandemic positions some companies to do better than others

Pandemic positions some companies to do better than others

Corporate performance in this economic crisis won’t be uniformly terrible. Twitter announced on Thursday it has seen a spike in daily active users. Food giant Kraft Heinz reported higher revenue in the first quarter. Comcast had a not-great earnings report but did benefit from a lot more people signing up for broadband. Turns out, there are business winners and losers in the new COVID-19 reality.

“If you get panicky and you say, ‘Oh, I don’t know if I can get to the store that often. I’m going to buy more of these products,’ you’re much more likely to use them up,” Stanton said. “And when you go to the store, you buy them again.”

But, will we keep buying Pop-Tarts and Eggo waffles after the lockdowns are over? Nicholas Rossolillo, president and investment advisor at Concinnus Financial, thinks we might — at least for a while as people develop new buying habits and sales stay elevated.

“If you’re driving to the Grand Canyon, you have to go up the mountain first, and then you go back down the mountain. But you settle onto this high-elevation plateau,” Rossolillo said. “I think that’s what sales for a lot of these staples companies are going to do.”

“They could be a net beneficiary, even though there’s definitely headwinds in their business,” Ives said.

Twitter may have more users, but the company also disclosed that ad revenue dropped 27% from March 11 to March 31 as the pandemic worsened.