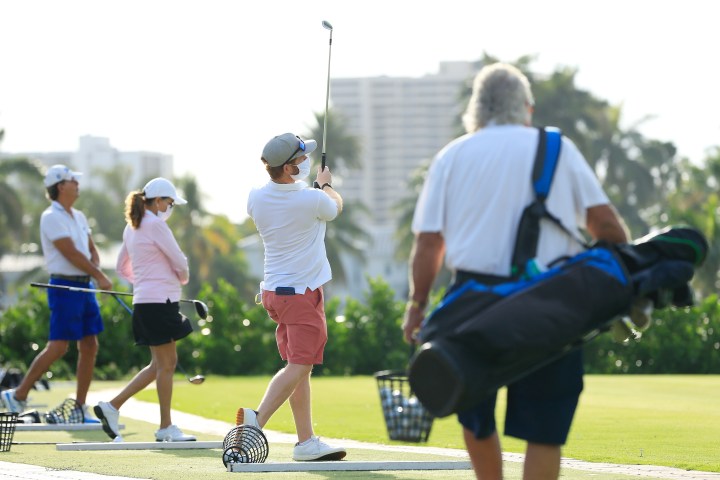 Bob McNichols, general manager of Longbow Golf Club in Mesa, Arizona, is happy his golf course is considered essential. It means he still has a job. But he’s not so thrilled about the word “essential.” “I regret in a way that the category itself was named ‘essential businesses.’ And I understand that hospitals and other facilities are essential in a way that golf is not,” he said.

He gets it: of course people can live without golf. But it doesn’t mean they should. And many have been coming out to play at his course. “You play against yourself and you play against the course and you might be playing with other people, but there’s no need for physical contact.”

What does it take to be an “essential” business during the pandemic? In mid-March, the federal Department of Homeland Security outlined essential businesses including agriculture, construction and energy. But ultimately it’s up to individual states and cities to decide.

“Muddled and confused is how I would describe the reaction from small businesses,” said Elizabeth Milito at the National Federation of Independent Business, who has spent much of the last month on the phone with business owners going over state mandates.

Some mandates are written in clumsy legal jargon that’s hard to understand. And the reasoning behind a lot of the designations just doesn’t make sense. “Why outdoor construction, but not outdoor landscaping?” she said. “That has added to the confusion and frustration.”

And the rules are only going to get more confusing as states restart their economies because it won’t be a mass reopening, but a trickle. It will again be up to local governments to pick and choose who gets to open — and who can rehire workers. “There’s a way to do it thoughtfully and safely. But we do need to plan to start reopening,” Milito said.

For those that can reopen, it won’t be business as usual. So what will it look like?

“It’s a lot of nos. And it just feels awkward to tell our customers no,” said Jessie Jacobson, owner of Tonkadale Greenhouse in Minnetonka, Minnesota. “It’s the opposite of what customer service is.” No bathrooms, no shopping in groups, no more of that free buttery popcorn the customers love.

Because she could stay open, Jacobson was able to keep her staff on payroll. And her business is down just a bit. But the real test is coming — 40% of the store’s annual sales happen in May. “All of our spring product is timed to be ready for Mother’s Day,” she said. “Kind of what I like to call the ‘big show.’ “

Of course, many industries have their own versions of the big show in spring and summer. Whether they’ll be able to take the stage? That’s up to their local government.