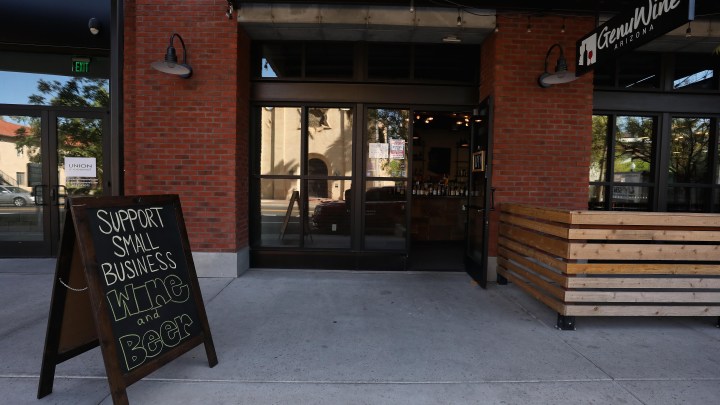 Banks are bracing themselves for wave of applications for the crisis small business loan program set up in the $2 trillion federal stimulus. It’s supposed to start today, but some big banks say they’re not ready.

Marketplace’s Nancy Marshall-Genzer explains the problem. The following is an edited transcript of her conversation with “Marketplace Morning Report” host David Brancaccio.

Nancy Marshall-Genzer: Small businesses will be applying for these loans through banks. And the banks have been waiting for final guidelines from the federal government on exactly how the small business loan program will work. Those guidelines went out last night, just hours before the program was supposed to start. It looks like there’ll be delays at even some of the biggest banks. A message on the JPMorgan Chase website says it’s not accepting applications at this time. Bank of America’s website says its small business clients can apply for the loans quote once final guidelines are released. Wells Fargo isn’t accepting applications yet either.

David Brancaccio: Why did the guidelines take so long?

Marshall-Genzer: This is a complicated program. It’s going to be administered by banks, and they had complaints. Small banks said the interest rate was too low. So the Treasury Department raised it. Other banks are worried about liability if a business lies on the loan application. The banks are supposed to verify that the business has been up and running for the last few months, and paying its employees.

Brancaccio: And how much money are we talking about here?

Marshall-Genzer: It’s about $350 billion. There’s some concern that more established businesses will snap that up, squeezing out the smallest ones. But Treasury Secretary Steven Mnuchin says he’ll ask Congress for more money if the $350 billion runs out. 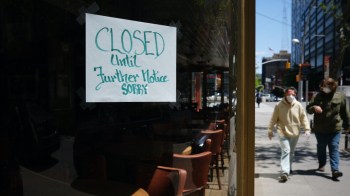