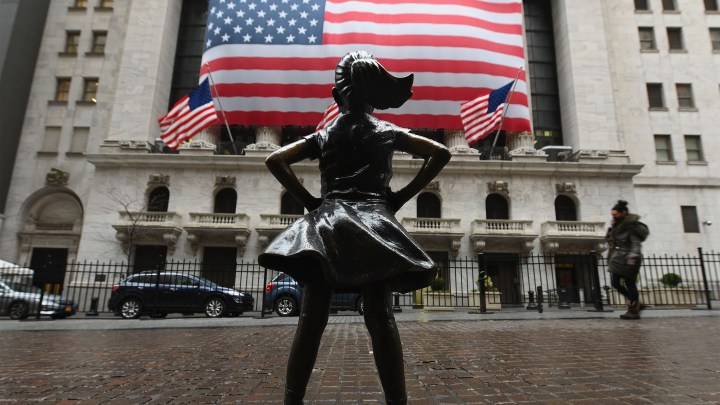 Look around and you can see the economic damage caused by this public health crisis. We’ve been hearing from people who’ve lost their jobs and business owners who’ve had to let them go.

What happens when we get through this? President Trump had something to say about it in his Coronavirus Task Force press conference Sunday.

Consumers do drive 70% of the economy — or did, at least. Some demand will come back when this is all over. For instance, people who put on hold buying a needed dishwasher or replacing worn-out shoes. But that doesn’t work for everything.

“Do we go out to restaurants or bars three times as often when this is over?” asked Ben Jones, a professor at the Kellogg School of Management at Northwestern University. The short answer: No.

“You can defer the TV, the couch, the home repair, the car, but a lot of the demand that’s lost on the service side is lost permanently,” he said.

Some consumer demand is still strong for things like groceries. But Marie Driscoll, managing director for luxury and fashion at Coresight Research, said even there, coronavirus has already left a lasting effect on the consumer economy.

“When this is over, you probably will see changed habits in terms of the way people shop for food because they will have gotten used to getting a certain amount of their food and staples online that they weren’t doing before,” Driscoll said.

Coresight Research found that about 60% of consumers expect the COVID-19 disruptions to last three to four months, while 20% think it will be five months or longer.

What happens to consumer demand after that depends on what the economy looks like.

“Will they feel as confident buying a new home, getting a seven-year loan on a car, getting new furniture and appliances?” said Karen Harris, managing director of the macro trends group at Bain & Co.

“The longer we stay in the off mode, the harder it is to turn that switch up and expect the lights just to come back on,” he said.

Because shutting down a business, and an economy, is a lot easier than getting it going again.

Correction (March 23, 2020): A previous version of this story misstated Marie Driscoll’s title. The text has been corrected.