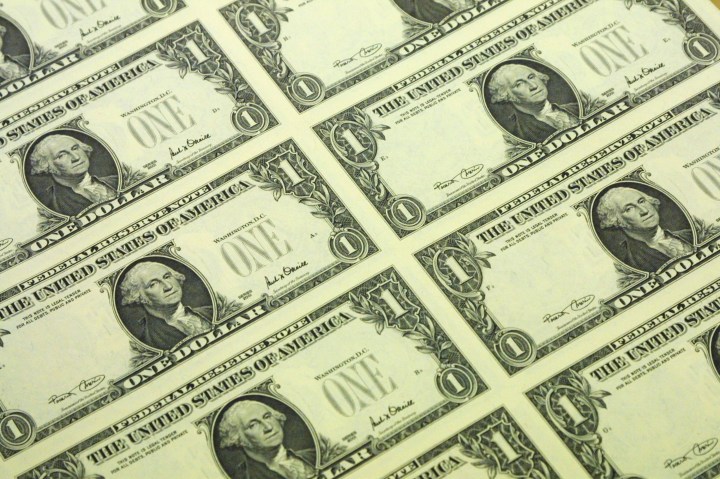 COPY
George Washington has appeared on the one dollar bill since 1869. Alex Wong/Getty Images
Shelf Life

George Washington has appeared on the one dollar bill since 1869. Alex Wong/Getty Images
Listen Now

Historian Alexis Coe is the author of the new book, “You Never Forget Your First: A Biography of George Washington.” She spoke to Marketplace about how the first American president approached the economy, and how national debt during Washington’s time compares to that of today.

The United States is over $23 trillion in debt. While that number has increased significantly in the past 50 years, the U.S. was already tens of millions of dollars in debt when George Washington’s presidency began in 1789.

“America was born with enough wartime debt to crush it, so it was one of the most immediate concerns he faced,” said Alexis Coe.

“George Washington thinks: We’ve got to pay these people off or we’re going to owe them things,” Coe said. “And we cannot ensure stability if we’re vulnerable in that way.”

With the help of Alexander Hamilton, his treasury secretary, Washington managed to pay off much of the money the United States owed France for its assistance in the Revolutionary War.

In his farewell address, Washington encouraged the country to avoid “the accumulation of debt.” Coe suspects that Washington would be “completely overwhelmed” if he saw how much debt the United States has today.

“He was really concerned that we would pass on debt to future generations,” Coe said. “He thought that was unconscionable, and he thought that every generation should have a chance to flourish.”