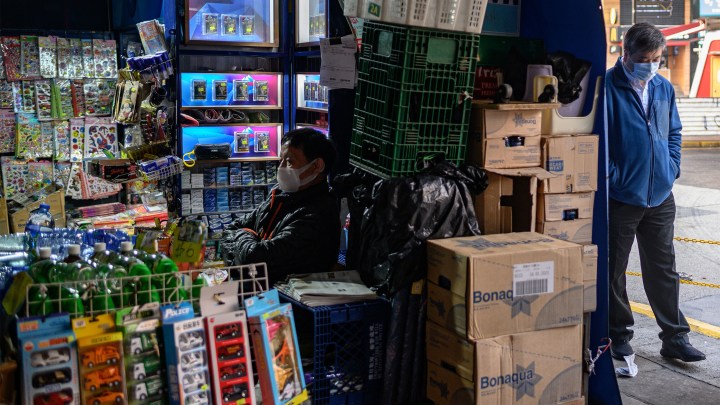 China and the United States will both reduce tariffs on exports Friday as part of phase one of the new trade deal. China has promised to boost purchases of U.S. goods and services by $200 billion over the next two years.

But the Trump administration’s chief economic adviser, Larry Kudlow, told Fox Business last week that the “export boom from the trade deal will take longer because of the Chinese virus.”

“We’re tracking how quickly people are going back to work after the shutdown last week and the evidence so far is that hardly anyone is,” said Mark Williams, chief Asia economist at Capital Economics.

Phase one of the trade deal was supposed to reopen the Chinese market to American farmers, but they’re still not sending produce to China because neither demand nor buying power are not there. That’s especially bad news for American soy farmers anxious to get their produce back into the Chinese market.

Many experts have been comparing the COVID-19 coronavirus outbreak to the SARS epidemic in 2003. But Ruomeng Cui, assistant professor of information systems and operations management at Emory University, said while SARS isn’t a bad reference point, this seems vastly different.

“I would predict the impact of coronavirus on the Chinese economy to be broader and more profound, compared to SARS,” she said.

More than 1,300 people have died as a result of COVID-19, which was first identified in December in Wuhan, the capital of China’s Hubei province.