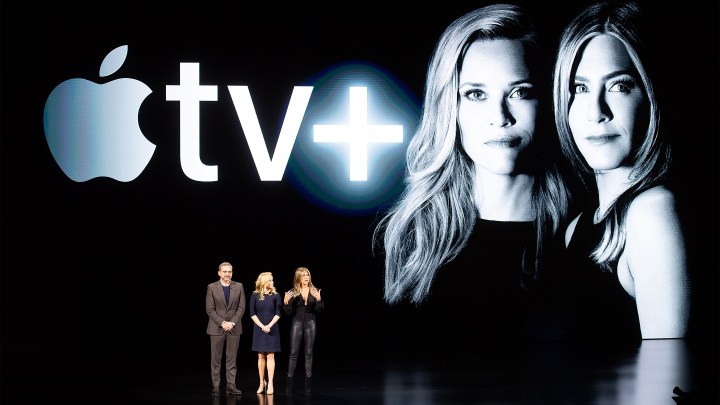 Apple reports its earnings on Tuesday for the quarter that ended in December, a period that saw the launch of the company’s new streaming service, Apple TV Plus. Analysts will be watching for clues about how the service is doing in an increasingly crowded streaming market.

Research firm Ampere Analysis estimates Apple has gained more than 30 million subscribers in the United States, more than Hulu or Disney Plus in the same period.

“The thing is, only a portion of those people are actually paying for it,” said analyst Neil Cybart with Above Avalon. Consumers get a year of the streaming service for free with purchase of a new Apple device.

Converting those users into paying customers might be tricky, said Steve Nason with Parks Associates.

“At least currently, they’re kind of getting a little lost in the shuffle,” he said.

Apple is building buzz for “The Morning Show,” which just won Jennifer Aniston a Screen Actors Guild Award and garnered several Golden Globe nominations. But Apple will need more than a few buzzy shows to keep subscribers, according to CFRA analyst Angelo Zino.

“The problem is they don’t have the library there that many of their competitors do,” he said, alluding to the vast licensing agreements and back catalog of services like Netflix and Disney Plus.

However, he said, Apple does have a couple hundred billion dollars in the bank — enough to afford all the content it wants.