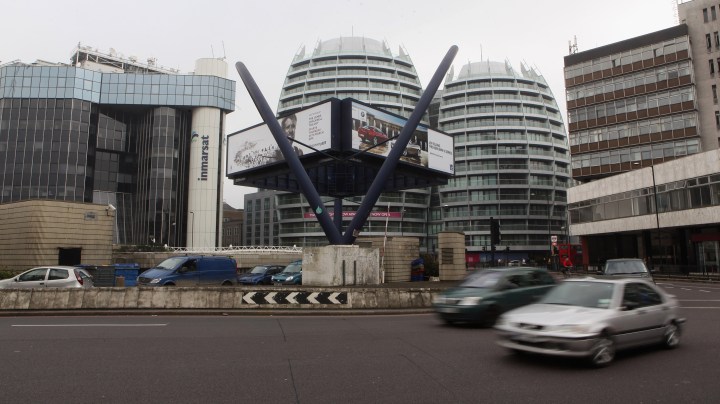 COPY
View of London's Old Street roundabout, also known as the Silicon Roundabout due to the proximity of startups in the area Oli Scarff/Getty Images
Brexit

View of London's Old Street roundabout, also known as the Silicon Roundabout due to the proximity of startups in the area Oli Scarff/Getty Images
Listen Now

Brexit is almost upon us. On Jan. 31, Britain will formally leave the European Union, and although it will remain subject to the bloc’s rules and regulations for a transition period until the end of the year, the U.K. will begin disentangling itself from an intimate 47-year-old economic embrace.

So-called “remainers” have predicted disaster for the country as it pulls away from its largest single trading partner.

But one sector that’s so far defied the gloom is technology. Britain’s tech industry is way ahead of its European rivals: London has 45 unicorns (startups worth at least $1 billion) compared to 10 in its closest continental competitor, Berlin. Industry insiders say London is likely to maintain its dominance.

“There’s such a lot of excitement and drive here,” said Sian Winfield, whose company CoStartup & Go helps startups. “There is definitely not a shortage of would-be entrepreneurs in London. I see no slackening in the enthusiasm, tenacity and determination here to succeed and create awesome tech,” she said.

“London is, without doubt, the European tech capital, and the U.K., as a whole, is the single most important country in Europe for technology today,” said Tom Wehmeier, partner at venture capital firm Atomico.

He said there are many factors at work: the presence of a global financial center in London; the relative ease of setting up a business in the U.K.; and the large talent pool.

“London has the most diverse, internationally diverse base of technical    talent of any hub across Europe,” Wehmeier said.

If Brexit poses any threat to British tech, it is through the effect it may have on this ecosystem. The danger is that the end of the free movement of European citizens into Britain after the country leaves the E.U. will reduce  the inward flow of talent. Antoine Poirson, partner at venture capital firm Antler, said some of that flow is already being deflected.

“More and more international talent is flying into continental Europe to work in these businesses, rather than into London,” Poirson said.

“London has been a magnet for the past 20 years for entrepreneurs and talent to start businesses or join early-stage startups. But now we see a similar trend happening across other cities, in Southern Europe, in Spain, in Portugal. Berlin is very big on e-commerce companies. Paris is now very clearly on the rise.”

These continental centers have all stepped up their support for tech in the wake of Brexit uncertainty, but Poirson believes that London will stay at the forefront of European tech hubs.

Such is the British capital’s critical mass, he said, that London is unlikely, at least in the short term, to lose its crown.