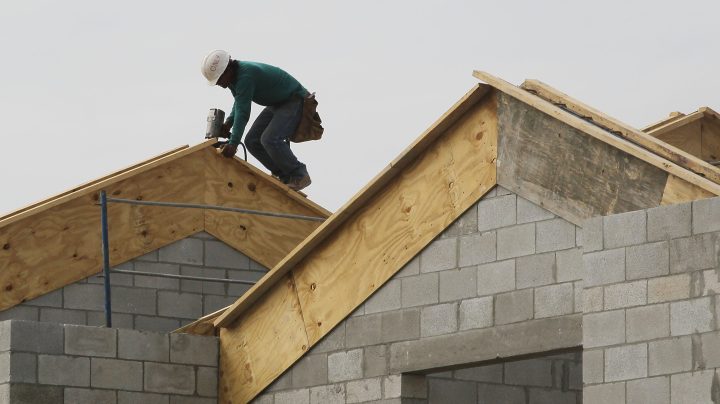 The following is an excerpt from Jonathan Waldman’s new book, “SAM: One Robot, a Dozen Engineers, and the Race to Revolutionize the Way We Build” about one man’s attempt to do the nearly impossible.

By the fall of 2013, Scott Peters had spent nearly a quarter of his life anticipating a brick. It was the first real brick, and at a quarter before noon on the last Friday in October, on a west-facing wall in a suburb southeast of Rochester, it finally went down. There had been other bricks, but they were mere practice bricks, not permanently bonded components of an actual building. To Scott Peters, the first real machine-laid brick — not just his first but the world’s first — seemed monumental, so on the deck of a steel scaffold, he squatted, removed a glove from his right hand, held out his iPhone, and captured what people there once called a Kodak moment.

Scott, thirty-five years old and over six feet tall when upright, was wearing jeans and leather boots and a mud-smudged green jacket and, to insulate himself from the cold of western New York, a warm blue beanie beneath his white hard hat. Beneath the beanie was the same close-cropped swimmer’s haircut he’d had since childhood, and beneath the haircut and a scruffy beard was a boyish, toothy, open face. As the first brick went down, he was too focused — and too exhausted — to smile. Without saying a word, he pressed record.

He captured the motion of a unique contraption. Sitting on a pair of vertically aligned roller-coaster rails, it resembled neither vehicle nor construction equipment. Ten feet tall, it loomed over everyone on the scaffold like an elephant. From one of its sides, an electrical cord, an air line, and a water hose ran to the puddled ground. From another, a mechanical crutch — a peg leg, basically — pointed down. There was
cardboard taped to part of it, a heating pad wrapped around part of it, and mortar slowly leaking from another part. A massive steel cabinet hid a tangle of circuitry. Stylewise, the contrivance had a lot more in common with a tree house cobbled together by ten-year-olds than an iMac or even a minivan. Two screen gates — more or less chicken wire — ensconced the thing, and a rolled-up silver tarp covered it.

Under the tarp, a gargantuan articulated silver arm, made in Switzerland, began to bend at the elbow. Above the elbow, on the arm’s bicep, was a white sticker that said constRuction Robotics. Below the elbow, there was a mechanical claw that grabbed a brick from a seesawish table at the end of a conveyor jutting out from the machine’s left side. The arm swung around and brought the brick to a central plastic nozzle. The machine hissed for five seconds and squirted mortar onto the bed of the brick.

The brick was a utility brick, 3⅝” x 3⅝” x 11⅝”, made in Ohio by the Belden Brick Company of clay dug from deposits laid down in the last ice age. It contained five square holes and weighed ten pounds. It was unremarkable, and yet …

The arm twisted and extended beyond the edge of the scaffold, across two wooden planks, and into the crisp autumnal air. It descended toward the left side of a short factory wall and, as it did so, rotated the butter side down. Some mortar fell off in dribbles. As the arm lowered toward a band of white stone, it slowed as if coming in for a landing, and two red laser dots appeared beside the gripper. “Holy crap,” someone said. At touchdown, there was a hum, like the first half of a siren’s wail — and then the gripper opened, and the arm rose. Someone else yelled, “Woooo!” The brick remained where it had been placed, one small part of an otherwise good-looking, weather-resistant, durable edifice.

Bricks strike a sociological nerve, presenting a familiar, comforting fabric in our lives.

The whole movement — from pick to butter to place and back — took fifty seconds, which was, as far as paces went, far from record-setting. A human mason could have picked, buttered, lit a cigarette, taken a drag, shot the shit, scratched his ass, kept tabs on his foreman, looked out for OSHA, and still placed his brick before fifty seconds had elapsed. The world’s fastest bricklayer could have placed a couple dozen bricks in that time. Scott Peters, an engineer so persistent that he’d never put the word “that’s” before the word “impossible,” said nothing. He had aspirations far beyond fifty seconds and dreams that involved much more than short factory walls.

He wanted to revolutionize construction, the second-biggest industry in America.

But first, he attended to the second brick, because after fifty seconds of glory, his five-thousand-pound bricklaying machine was stuck.

In the scheme of things, the inauspicious debut was a predicament of minor technical consequence, and yet a lot hung in the balance — not just for Scott but for America. Brickwork, having endured decades of decline, was disappearing. Who cared about bricks? Nobody. And everybody.

Bricks strike a sociological nerve, presenting a familiar, comforting fabric in our lives. Bricks make schools feel school-like and churches church-like and factories factory-like and banks bank-like and fire- houses firehouse-like; they make institutions feel institutional. Bricks give neighborhoods, and cities, and whole regions of the United States their character, to say nothing of what they grant to European countries, where bricklaying reached its greatest heights and from which American brick masonry traces its origins. No other architectural material registers so evocatively, so naturally. Think of Williamsburg, or Fells Point, or Pioneer Square, or Chestnut Hill, or Lincoln Park, or Whittier, or the North End: Chances are, walls of baked clay units come to mind. Plop a New Yorker in Kathmandu and the Nepalese bricks cast a spell over the foreigner, suggesting he’s not so far from the Big Apple. Clay resonates. Around the world, across religions, mythology has it that God fashioned mankind out of clay. “We are the clay,” Isaiah instructs. Like us, bricks are of the earth; like us, bricks breathe; and like us, each brick is imperfect but also good enough. 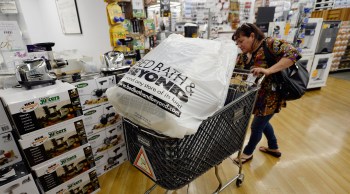 Retailers find value in their bricks and mortar 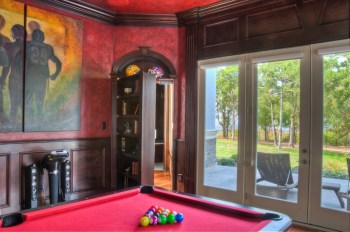