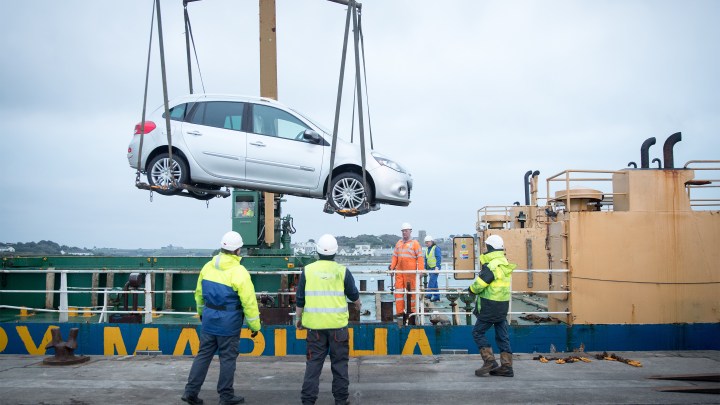 This came just a day after the Trump administration refused to turn over the auto import probe report it is using to justify tariffs on autos on national security grounds.

Despite what the treasury secretary said, it would be tough for the administration to impose taxes arbitrarily. The imposition of tariffs on any foreign goods for national security reasons falls under Section 232 of the Trade Expansion Act.

“There is a procedure for going through Section 232 and claiming national security,” said Emily Blanchard, an economics professor at Dartmouth College, who added that the argument the Trump administration put forward last May was unprecedented in U.S. trade policy.

The administration produced a report on why auto imports threaten national security, but the White House has refused to release it to Congress saying it would limit the administration’s ability to negotiate further trade deals with Europe, Japan and others.

“I guess if we imported all of our vehicles and we didn’t have the ability to manufacture vehicles anymore, then we would be at a disadvantage from a defense standpoint,” he said.

But given how globally intertwined the auto industry has become, that’s a tough line to walk. And Blanchard said that’s exactly why any auto tariffs would hurt American workers.

“It’s going to ripple up and down the supply chain to parts producers and then to parts purchasers,” she said.

And, ultimately, to the people buying those cars: American consumers.