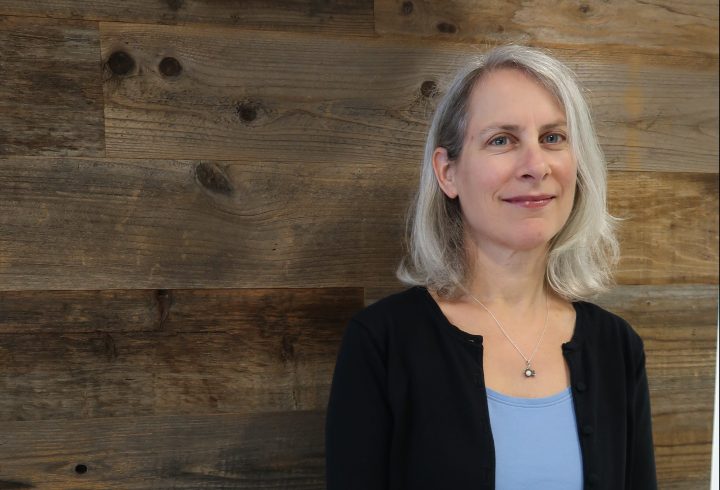 COPY
Sheila Krumholz is the Executive Director of the Center for Responsive Politics. Kimberly Adams/Marketplace

Sheila Krumholz is the Executive Director of the Center for Responsive Politics. Kimberly Adams/Marketplace
Listen Now

It’s been almost ten years since a watershed moment for money in politics. On Jan. 21, 2010, the Supreme Court handed down its decision in Citizens United v. the Federal Election Commission, allowing corporations and unions to spend money in politics in an unprecedented way.

According to the Center for Responsive Politics (CRP), in the decade since the decision, non-party outside groups have spent $4.5 billion in campaigns, including almost a billion dollars from groups that don’t have to disclose their donors.

Since the Citizens United decision, there have been more cases and regulatory rollbacks that make it harder for the average person to figure out who’s funding candidates, parties and issue groups.

This has created a more prominent role for groups like CRP. It’s probably the best-known outfit in the small world of campaign finance investigations. Data from CRP’s online news outlet, OpenSecrets, shows up in news reports, research papers, campaign ads, and even on comedy shows, usually delivered by Sheila Krumholz, the group’s executive director.

Sheila Krumholz is regularly featured on cable news and C-SPAN, but also once featured in a Comedy Central skit about campaign finance.

“Sheila’s just a rock star in this field. She is somebody that I think everyone who writes about this, and researches in this field, looks to as an authoritative voice,” said Ellen Weintraub, chair of the Federal Election Commission.

The FEC is one of the sources for the data CRP uses to create its charts and graphs and tables unveiling hidden money moving through the political system. Staffers also comb through tax records, business licenses and legal documents.

“I feel pretty evangelical about the need for transparency in politics,” said Krumholz, who joined CRP back in 1989 as an executive assistant. At that point, she recalled, what’s now the OpenSecrets website was a book.

That book, said Krumholz, was “a huge tome,” 1,500 pages long, cost more than one hundred dollars, and took a lot of legwork to compile.

“We often would have to physically go to the Federal Election Commission to literally look in dusty filing cabinets to get information,” Krumholz said.

Now most of that data is online and free, but hard for most people to understand. So Krumholz and her staff spend most of their time organizing, labeling and tagging information.

CRP’s critics argue that while simplifying campaign finance data can be helpful, at times, some of the organization’s breakdowns can be too broad.

Brad Smith, a former FEC chair who runs the Institute for Free Speech, which works to ease some campaign finance restrictions, said at times “this effort to find the route to the donor becomes more misleading to the public that it does become informative.”

“For example, things like dark money,” Smith said, “if you read sort of how the information is presented, you would think we were just become had become awash with this kind of spending.”

That kind of money, where donors can stay secret , is just a small part of campaign funding. But Smith is right — it does get a lot of attention.

Which is fine with Krumholz, who makes the point that the money hardest to trace probably deserves a bit more scrutiny. She said one of the reasons CRP has become more prominent is because the broader public is increasingly interested in campaign finance.

“I think people get that money is hugely influential,” Krumholz said. “It’s not everything … and yet, for the vast majority of races, about 90% of the races, the candidate who spends the most wins on election day.”

And, she argues, the source of the money that gets them there matters.

Correction (Jan. 17, 2020): An earlier version of this story misspelled Sheila Krumholz’s name, the text has been corrected.