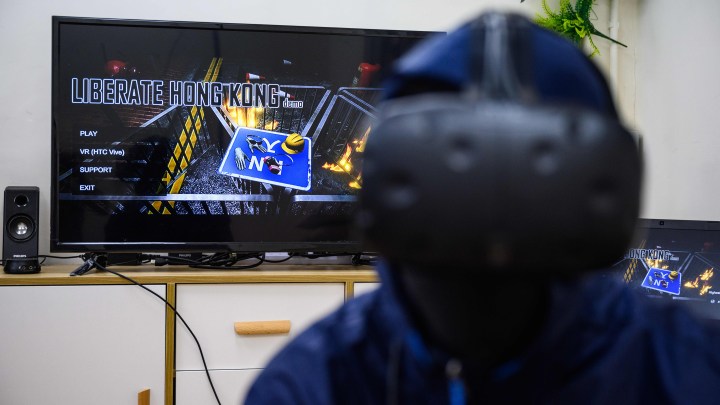 American game developer Activision Blizzard is seeking approval by Chinese authorities of its best-selling mobile game “Call of Duty,” two months after enduring a fan boycott over its punishment of a Hong Kong gamer who criticized the Chinese regime.

The Chinese gaming market is estimated at more than $30 billion, second only to that of the United States. Still, succeeding in China requires a tricky balancing act, as video-game companies seen as going too far to please Beijing can incur the wrath of American players.

Case in point: Activision Blizzard’s subsidiary Blizzard Entertainment. For two months, Blizzard has been taking heat for punishing a champion player for his comments in an online broadcast supporting Hong Kong protesters. “Liberate Hong Kong!” the player known by the handle Blitzchung proclaimed in an interview during a Blizzard-hosted gaming tournament.

Demonstrations involving Hong Kong protesters and local police turned violent this week in and around college campuses in Hong Kong. Protesters are seeking to preserve and expand freedoms against a Chinese government they argue is cracking down on freedom of expression.

“There’s no doubt in my mind that Blizzard took that action to protect or expand its position inside China,” American Charlie Moseley, head of the Chengdu Gaming Federation in western China, said. “There’s only a very small number of developers and publishers which will even have the opportunity to get inside China. And Blizzard is on that small list.”

Blizzard denied it sanctioned the player to please Chinese authorities, saying it bans all political statements. Even so, the controversy triggered an angry boycott from many gamers. Weeks later, the company backtracked and gave the punished player his winnings

“We didn’t live up to the high standards that we really set for ourselves,” Blizzard President J. Allen Brack said at a recent Blizzard convention. “And for that I am sorry.”

The outspoken champion remains suspended, however. And Blizzard’s gaming rivals have gone on the attack against it. The head of Epic Games, creator of “Fortnite,” tweeted last month that his company “supports the rights of ‘Fortnite’ players and creators to speak about politics and human rights.”

“I think we saw small and big companies looking to point out that they are supportive of political free speech, and that their games are aligned with a gamer community that is generally irreverent but probably leans on the side of Hong Kong independence,” Sale Lilly, China analyst at the Rand Corporation think tank, said.

Lilly said it’s still unclear whether Blizzard has taken a financial hit from its player sanction. But longtime industry executive Mike Fischer, who lectures at the University of Southern California, said the company has incurred reputational damage.

It is very challenging to please gamers in two different markets, Fischer said. In general, gamers in China prioritize patriotism, whereas those in the United States emphasize freedom of speech.

“The Chinese fans have their own feelings and their own opinions,” Fischer said, “and I don’t know that it’s possible to make everyone happy.”

Still, videogame developers with an eye to the giant market in China are surely trying.