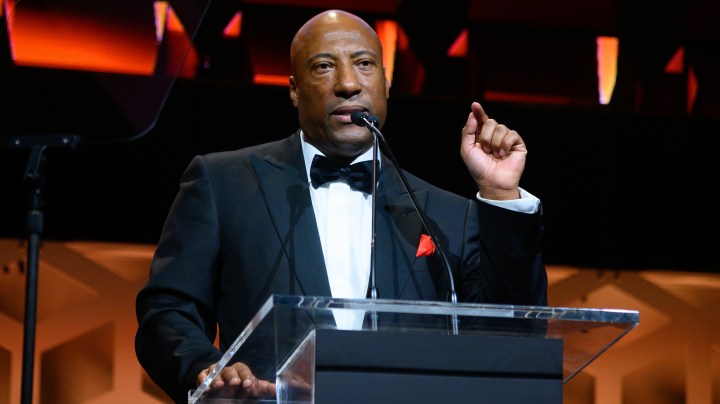 Coming before the Supreme Court today, Comcast v. National Association of African American-Owned Media (the NAAOM and Allen together sued Comcast) may have far-reaching implications both media companies and claims of racial discrimination.

Darnell Hunt, dean of social sciences and director of African American studies at UCLA, said that what’s at stake in the case is minority content-producers’ access to the huge audiences that conglomerates like Comcast control.

“We’re talking about whether or not they’re going to carry networks that are owned by people of color and contain content that’s different from what you typically get on more mainstream networks,” said Hunt.

The case also gets at a contentious legal question with implications beyond the media and entertainment industry: How hard should it be to prove that a business decision that disadvantaged a minority business-owner was motivated by racial discrimination?

“Will plaintiffs be able to go forward if they can say race was just a motivating factor?,” asked Eriq Gardner, who has been covering the case for the Hollywood Reporter. “That’s a looser standard that courts just might accept.”

If the U.S. Supreme Court upholds that standard in its decision, it would disappoint companies fighting racial discrimination litigation in a range of industries, as well as business lobbies like the U.S. Chamber of Commerce, which filed an amicus brief in support of Comcast.