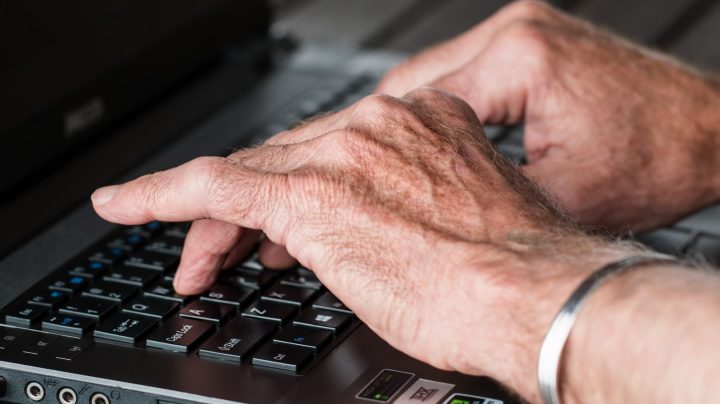 Longer life expectancy and the difficulty of saving enough for retirement mean more Americans are working later in life. Workers over 65 are the fastest growing part of the labor force, making the problem of ageism in the workplace more visible than ever.

It’s been rearing its head in the contentious presidential campaign. Among the most diverse pool of Democratic candidates ever, the issue of age has been front and center.

While competition for the top job in the United States is uniquely cut throat, those attitudes about age are pretty widespread.

“It’s just kind of the reality of the world that we live in,” said 67-year-old Thomas Eppes, who found himself back in the job market a few years ago. He had a long career in public relations, heading up communications for major international companies.

But he wasn’t getting many calls back, and when he finally interviewed with a hiring manager he told Eppes: “you know have you ever thought maybe it’s time to just go smell the roses and enjoy life a little bit?’” he said. “It was a very clear signal that I had aged out, that it was time to move on.”

Writer Ashton Applewhite hears a lot of stories like that. Several years ago she started a blog called “Yo! Is This Ageist?” The title is a nod to a similarly named podcast on racism. Readers submit anecdotes and Applewhite weighs in on whether they’re ageist. They usually are.

“I think we are somewhat clueless talking about age, that ageism has gone pretty unexamined in the culture at large until now,” she said.

From job postings looking for “young blood” or “digital natives,” to websites representing innovation with pictures of young people, she said subtle displays of ageism are everywhere in the workplace, despite growing awareness of other forms of discrimination.

“Would we talk about casual sexism, casual harassment, casual racism?” she said.

A 2018 AARP survey showed two-thirds of workers over 45 had witnessed or experienced ageism in their workplace, like older workers being passed over for promotions, laid off or not hired. Yet few companies have formal programs to address the problem said Gerda Govine Ituarte, a diversity training consultant.

“When it comes to ageism that’s sort of the last one on the bus,” she said. “Even when there’s training, a very small portion of the time is provided to deal with that specific topic because I think it’s one that most people don’t consider to be very important.”

A report from PWC showed while the majority of large companies have diversity and inclusion programs now, only 8% of them include age in their strategies, and that’s bad for business said Lori Trawinksi with AARP.

“When you have the benefit of different life perspectives, you often end up with better ideas and better products,” she said.

Her research shows age-diverse companies are more profitable and productive, especially when working on complex problem-solving tasks or those that require soft skills like emotional intelligence. She said there’s a lot more employers can do to welcome older workers, like starting intergenerational mentorship programs, offering more flexible work arrangements and improving recruiting.

“If if you have a landing page on your website that shows photos of only young people, it could be that an older person might not want to apply for the job,” she said.

After a year striking out in corporate America, Thomas Eppes found luck in a different world where he feels his age and experience are valued: academia.

“I kind of found a first love when I got involved in the university environment, which is just a wonderful, wonderful place to be,” he said.