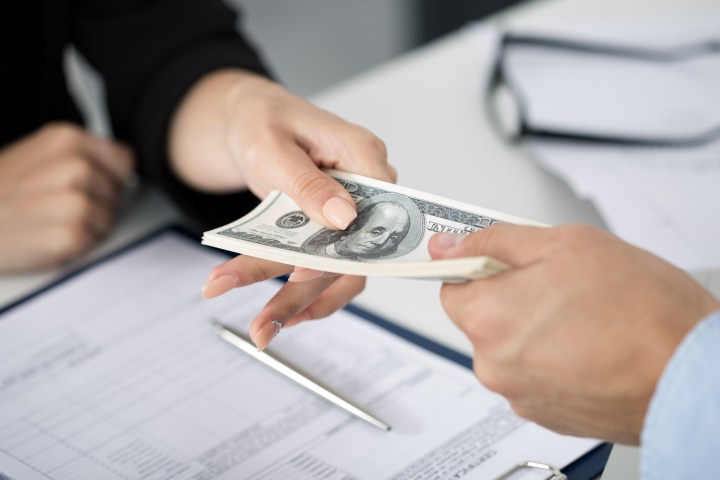 Many workers still consider “How much do you make?” a taboo question.

But for some employees, discussing pay with their colleagues has helped them learn whether they’re getting the salary they deserve.

Alison Sullivan, a career expert with Glassdoor, says pay discussions among co-workers can help reveal any pay disparities at their company.

“I think having more information by sharing your salary with colleagues also helps better equip you and each other for salary conversations — whether it’s in review processes, whether you’re looking to get a raise,” she said. However, Sullivan noted, pay is still a sensitive topic and can create tension among employees.

In 2014, President Barack Obama signed an executive order prohibiting federal contractors from retaliating against employers who talk about their salaries or other forms of compensation. The National Labor Relations Act, signed into law more than 80 years ago, also allows an employee to discuss pay with other workers.

“It is, in most private-sector contexts, at least, a protected activity under federal labor law,” said Cynthia Estlund, a law professor at New York University. “But that doesn’t seem to stop employers from discouraging or sometimes even punishing workers for talking about their pay levels.”

We spoke with some of the respondents to the Marketplace-Edison Poll to find out how they and their colleagues approached salary or wage issues, and what they’ve learned from their experience. Here are some of their answers.

The employees at Brett Graham’s workplace have a running joke about how much they get paid.

Graham, a union machinist who works in Wichita, Kansas, said he and his co-workers will talk about their wages with everyone, everywhere. It’s even come up in meetings with one of his company’s vice presidents.

Since he’s a contract worker, Graham noted, his wages are public knowledge, so he and his colleagues can usually fast-forward through the “How much do you make?” part of the conversation.

“It’s a different time in America, right now. You have a very disgruntled workforce. We talk about money all the time,” he said. “Especially if we’re under a long-term contract. A lot of us senior employees haven’t had a raise in quite some time.”

Back in the ‘90s, the diner Pierre Johnson worked at hired someone else for the lead cook job he wanted.

Pierre said he did most of the work for that cook, so he approached him and asked: “How much they payin’ you, man?”

He found out that employee was making about $3 more an hour than he was. That motivated Johnson to ask his boss for a raise, who then turned him down and told him what he needed to improve.

He focused on improving those skills, and got a promotion about a year later.

“There was a benefit to it, because by me finding out what [the cook] made, it caused me to ask different questions. And that’s how I found out what I needed to do to get the money that I wanted,” he said.

But while he learned lessons from his experience at the diner, Johnson said he thinks there are some downsides to discussing pay with colleagues.

“When you ask people and you know they don’t work as hard as you, and they make just as much or more, it just makes you resent the place you work at,” he said.

As a public teacher, Wilson said she and her co-workers know everyone’s pay. So when they have conversations about money or compensation, they’re focused more on what they’ve had to give up to work in this field.

“I think we frame it more in: ‘What are the trade-offs? What are the sacrifices to do a job that you want to do, you love? How many more options are we passing by?’” Wilson said. “We’re teachers, so teachers just perpetually feel that we’re underpaid.”

Those sacrifices might include forgoing new clothes, new cars and vacations.

“It’s the legitimate, everyday things. It’s not the luxuries that we’re trading off. It’s not a vacation to Tahiti,” she said. “It’s, ‘Can I go to the beach for a week?’”

Linda, a poll respondent who didn’t want to give her last name, says she’ll chat about pay with a colleague or two over lunch.

She might say something like, “Mmm, I need to be making more money,” which then prompts her colleagues to ask how much she makes, and the conversation will go forward from there.

But have these discussions actually benefited her?

Janelle Cooper faced a bit of hesitation from a co-worker when she asked how much that colleague made.

The two were both up for promotions at a call center, and just had back-to-back meetings for their offers.

“I literally went, ‘Hey, I got this much, how much did you get?’ And it kind of just went from there. She was like, ‘I don’t really think we should be talking about it,’” Cooper said.

But during their conversation, Cooper argued that employees in higher positions don’t like it when employees discuss the topic, since they might then have to explain why someone is being paid more than someone else.

“You’ll go to HR and be like, ‘Well, why is this person making more than me when I have this experience, or that, and I’ve been here longer?’” she said.

That co-worker finally ended up revealing to Cooper how much she made.

Cooper said talking about their pay was a valuable experience and, since, she’s discussed the topic with other co-workers.

“It’s seeing how our experiences are adding up in our paychecks,” she said.