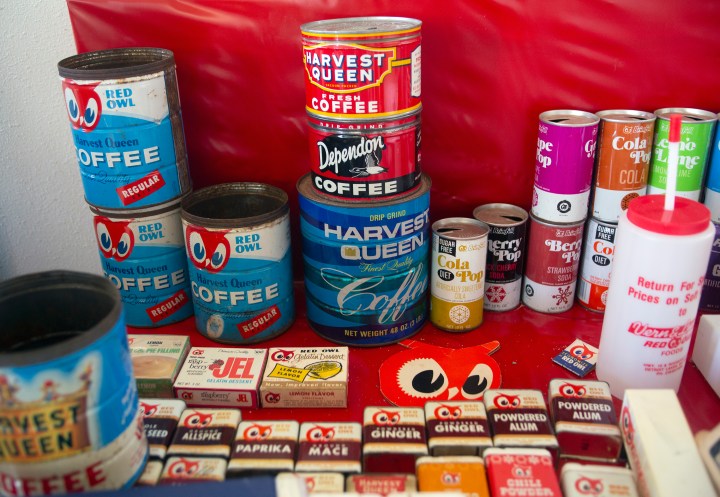 COPY
Some of the items in Jim Pessek’s Red Owl collection that he hopes to display in the museum in a former Red Owl store in Stewart, MN. Judy Griesedieck

Some of the items in Jim Pessek’s Red Owl collection that he hopes to display in the museum in a former Red Owl store in Stewart, MN. Judy Griesedieck
Listen Now

Let’s face it, consumers can be a little strange. We develop deep emotional attachments to some of of the places where we shop.

Grocery stores, in particular, seem to have a unique power to inspire loyalty. These days, that loyalty flows to the likes of Wegman’s, Aldi and Trader Joe’s.

The problem is, the grocery business is famously low-margin and uber-competitive: supermarkets come, supermarkets go. And when our beloved stores disappear, we’re left only with memories and eBay collectibles.

Here are three once beloved supermarket chains that are no longer around.

Red Owl was started by investors linked to General Mills in 1922. Back then, it sold groceries, dry goods and coal. Its original slogan was: “Be Wise: Burn Red Owl Coal.” The company had stores in Minnesota, Iowa, Michigan, Wisconsin, and the Dakotas.

In Stewart, Minnesota (population 571), former shoppers and employees are working to bring their old Red Owl store back — as a museum.

Jim Pessek, 34, runs the local historical society. He remembers getting soda and comic books at the Red Owl in Stewart when he was a kid.

“It was a little store, but it had everything,” he said.

Pessek and some other local history buffs bought the old Red Owl building back in 2013 for $1,000. They’re raising money by selling Red Owl branded shirts, mostly, to turn part of the building into a Red Owl museum.

Stewart’s Red Owl was one of more than 400 that were operating before the chain shut down.

Stores had positioned themselves as guardians of low-cost food, as heard in this radio ad from 1976:

Red Owl made a mark on Minnesota culture. In the opening sequence to the classic Mary Tyler Moore TV show, there’s ol’ Mary tossing some meat into her cart at a Red Owl, looking a little unhappy with the price.

Minnesota filmmakers Joel and Ethan Coen included scenes of Red Owl in their work a couple of times.

Red Owl once dominated the region, with more than 50% of the Twin Cities grocery market. In a suburb of Minneapolis, former Red Owl cashiers, produce managers and accountants get together over lunch at least once a month to reminisce. They have hosted an employee reunion every year since 1992, too. It drew around 100 people last year.

Across the country, A&P, short for the Great Atlantic & Pacific Company, lingers in people’s minds. It opened its first small grocery store in 1912 and was, from 1915 to 1975, the largest grocery retailer in the United States, operating 16,000 stores at its height. It was one of the first grocers to bring together produce, meat and dairy in one place.

“It was a cross between a supermarket and a warehouse,” said Joseph Sawicki-Barone, who shopped there with his mom as a kid. “I’d often sneak a chewy candy from the huge Brach’s bulk candy bins.”

As a kid in Hamden, Connecticut in the 1960s, Chris Hendel often biked a couple of miles to the local A&P to pick up groceries for his family.

“I was able to ride a bicycle with wire baskets attached to the back of my bike,” he said. “I can close my eyes and visualize perfectly walking through the front doors, with the candy [coin] slot vending machines on the left, and seeing the aisles of the store to the right.”

Today, A&P’s legacy is carried on by a blog, called A&P Preservation, which features vintage photos, collectible merchandise and a forum where old employees and shoppers share their memories.

The meat grocer and wholesaler Moo & Oink had a handful of stores on Chicago’s South Side. It had its own brand of barbecue sauce and made appearances in local parades. It’s remembered for its cheeky TV commercials, featuring rap music and hip-hop choreography.

Moo & Oink stores may be gone, but the name lives on as a brand of packaged meat sold in area stores. 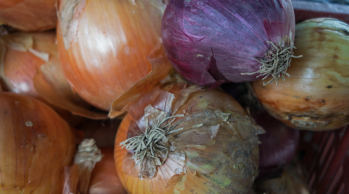 What’s your favorite grocery store that no longer exists?