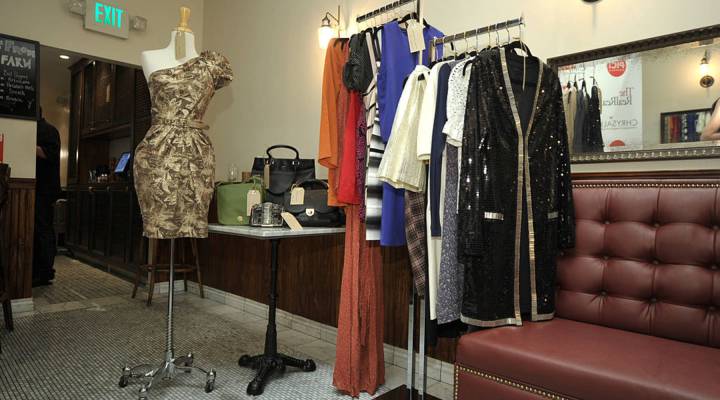 If you’re shopping online for secondhand goods, you might frequently come across the word “pre-owned.”

Companies like the luxury consignment site The RealReal and Fashionphile, a luxury accessories reseller that Neiman Marcus has just acquired a stake in, use the term to describe their products.

“Pre-owned” would seem to mean the same thing as “used,” so what’s the distinction? Like all branding decisions, the word choice was probably very, very deliberate.

One key difference lies in what type of product you want to advertise. Resellers that are in the high-end or luxury market tend to use the word “pre-owned,” according to Alexander Chernev, a marketing professor at Kellogg School of Management at Northwestern University. “The ‘pre-owned’ will just have a higher price-point,” he said.

The word “used” might have a more negative connotation. “‘Used’ kind of means that I’m buying something … because basically it’s cheap,” Chernev said. “They’re targeting the higher-end consumer, who might not consider buying something which is ‘used.’”

The auto industry is one area that, of course, advertises with the word “used.” But even when it comes to cars, there’s a difference in the types of vehicles labeled used or pre-owned, according to Chernev.

For example, cars that have been labeled “certified pre-owned” (as opposed to “used”) have been thoroughly inspected and typically come with an extended warranty.

The Oxford English Dictionary dates the term “pre-owned” to 1934, citing its use in an advertisement from the Syracuse Herald for “floor sample and pre-owned washers.”

The dictionary also includes other examples of its use, decades later, in descriptions for automobiles and cameras from the companies Bronica and Hasselblad, a Swedish manufacturer which sells its cameras for tens of thousands of dollars.

“The term moved from appliances, to cars, to high-end cameras. Like a kind of social mobility of euphemism!” said Peter Sokolowski, editor at large of Merriam-Webster, in an email.

A pre-owned item also doesn’t necessarily mean that the buyer has actually used the item, said Maria Colman, a lecturer of business communication at the University of Southern California, who herself resells clothing and shoes online.

Or someone may have only used the item once or twice. For Colman, the condition of the item is a key difference in how it should be labeled.