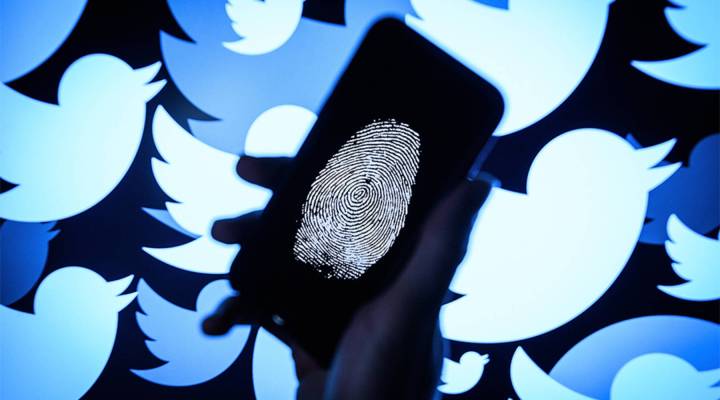 Social media was invented to keep up with friends, but if you’re fed up with data leaks and privacy concerns, you might decide to quit. It turns out social media may not even need you to know you, because your friends and their posts are pretty good indicators of who you are. In a new study, scientists took to Twitter and found people who interacted regularly. By analyzing the tweets of just eight or nine of a user’s friends, they could predict the kinds of things the original user would post. Marketplace’s Jed Kim talks with Jim Bagrow, a professor at the University of Vermont who led the study. He says the tool they built is kind of like predictive text on your phone. The following is an edited transcript of their conversation.

Jim Bagrow: So the idea is that if I have a lot of information about you as a user writing on Twitter, then I should be pretty good at those types of predictions. So if we are able to make those kinds of predictions with some level of success, then the same machinery that we built to make those predictions, we can also plug various words into that and try to see how likely is it that you would say those words. For example, what’s the probability that you’ll say the word “Republican” or you’ll say the words “Dallas Cowboys?” So the ability to make those predictions essentially means that we’ve created a kind of language model tailored to your voice. Then, at least in principle, we could use that language model to derive these kind of profiling attributes.

Jed Kim: Is there a real-world utility for this ability? How might this idea be used by tech companies that have a lot of our data?

Bagrow: I think that the primary use of this is targeting advertising, making the ads more relevant to users so that they’re more effective and so that they can sell them for a higher price. I think that these companies, Facebook, Twitter, Google, they’re putting enormous resources into artificial intelligence and machine learning for exactly that purpose.

Kim: My initial reaction to something automatically profiling me is, I don’t know, terror? What implications does your study have for how we think about social media?

Bagrow: If we’re concerned about privacy and we want to use, say, Facebook or Twitter, or we don’t want to use it maybe because of our concerns, I think a lot of people treat that as kind of an individual choice. You know, it’s my data, I don’t mind them having access to it if it means I can use the platform and make a very clear decision to do that. I think making an informed decision is a good idea. What our research is showing, however, is that that’s not necessarily true as an individual choice. If I choose to use one of these platforms and I’m giving it useful information about myself, then our research suggests that, in principle, I’m also giving it useful information about my friends. So my decision to use the platform is also potentially affecting them as well.