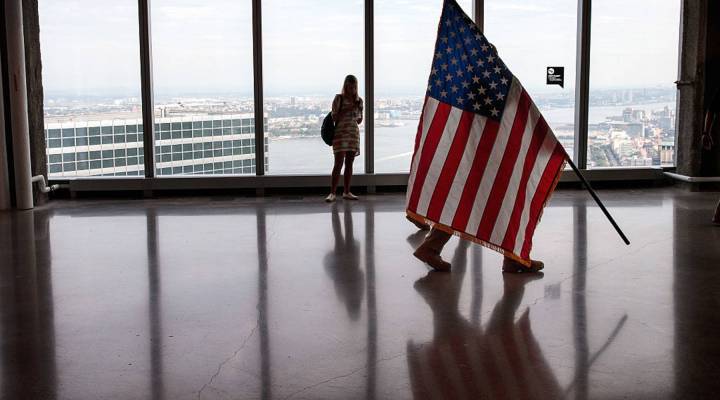 Next Wednesday, the day after the midterm elections,  Ximena Hartsock is going to treat her employees to bagels and Bloody Marys. Hartsock runs a software company in Washington, D.C., called Phone2Action. And the breakfast is kind of a bribe. She’s trying to get employees to talk to each other about their feelings on the election.

“Companies should embrace these conversations,” Hartsock said. “Put boundaries on them. But allow them. Because they’re going to happen anyway.”

Hartsock and her business partner started the bagels and Bloody Marys tradition after the 2016 presidential election. Phone2Action had about 45 employees at the time — some Republicans, some Democrats. And throughout the campaign, tensions had been growing between them over issues like abortion and immigration. So that Wednesday morning, Hartsock got the food and the booze, gathered everyone in a room and told them to talk it out.

“And I think that created so much empathy to hear, ‘yeah I voted for Trump for these reasons’ and the other person would say ‘I’m an immigrant and I’m scared that I’m going to be kicked out of here,’” Hartsock said.

That conversation led to more conversations, she says. And last month, when Supreme Court nominee Brett Kavanaugh testified in front of Congress, the co-workers watched the hearings together.

It’s getting harder and harder to keep politics out of the office, says Johnny C. Taylor, CEO at the Society for Human Resource Management.

“We’re constantly being bombarded with these topics,” Taylor said. “They are the headlines of the day. And so it’s a little naive of us to think that human beings at work aren’t going to talk about politics.”

He says the group is constantly hearing from members, complaining about the employee who keeps wearing a political bracelet to client meetings. Or the one who won’t stop criticizing the president to their co-workers. Taylor says companies shouldn’t ban political talk, but they have to draw a line somewhere. Like after the 2016 election, when employees were threatening each other. Or crying at their desks.

Businesses are also mindful of trying to create a workplace where employees feel comfortable.

A Randstad USA survey released last week found that more than half of workers have witnessed colleagues arguing over politics. Most said that stressed them out. And more than 40 percent said they’d felt excluded at work because of their political views.

Companies have to be careful, or they could get sued, says Susan LaMotte, CEO at Exaqueo, an HR consulting firm.“There’s a lot of laws around how certain behaviors in the workplace are governed, and that makes it harder for organizations to ignore complaints or frustrations around political talk,” she said.

There are some people who think it’s important to talk about politics at work. Margaret Moers Wenig is one of them. She’s a rabbi and a teacher at Hebrew Union College in New York. And she says arguing is part of her job description.

“It’s preserved in the Talmud, which is, to a great extent, arguments that either actually happened or that were imagined,” Wenig said.

Wenig and her colleagues argue about a lot of things, including politics. They’re a liberal group — but they disagree strongly on Israel and elections. They view argument as a learning experience.

“And if that model can be multiplied out in many workplaces maybe Americans would be less isolated from one another because of political positions,” Wenig said.

And maybe the water cooler would be a friendlier place.