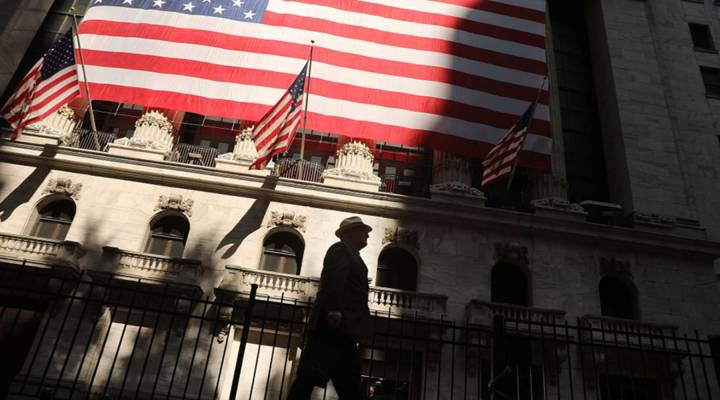 There’s a pretty good reason for that fear — the last recession hit blacks harder and many still haven’t fully recovered.

Take Nicole Jones of Indianapolis. In 2008, the year the financial crisis hit, she was laid off from her long-time job as a property claims adjuster. Then, to make matters worse, she received a diagnosis of multiple sclerosis. Today, she remains unemployed and collects Social Security disability benefits. She said she fears another recession and she’s still asking herself a lot of the same questions she did 10 years ago.

“Should we go to the doctor for this or should we not? Do we really need this medication or can we get by on another medication? Or do we just not get it at all?” she said.

Even though the poll’s Economic Anxiety Index is as low as it’s ever been, more than two-thirds of African-Americans say they fear a recession is coming in the next year. For Hispanics, it’s 51 percent, and for whites, 49 percent.

And more African-Americans worry a recession will affect them than whites do. Valerie Wilson, an economist with the Economic Policy Institute, said that may be because during the last recession, the unemployment rate for blacks was twice that of whites and losses in median household income were higher.

“By nearly all of the standards that we would use to gauge a family’s economic security and economic well-being, black and Hispanic families were definitely hit much harder by the Great Recession,” Wilson said.

And the recovery has been slower. In the poll, 40 percent of African-Americans say it’d be difficult to pay an unexpected expense of a thousand dollars — almost double the 21 percent of whites who say that.

“There’s this huge racial wealth gap,” said Mehrsa Baradaran, banking law professor at the University of Georgia. “When you have communities that have less wealth, they’re much more vulnerable to any sort of recession, any sort of, you know, shock to the economy at all. They’re the first to lose their jobs, are the first to lose their homes. They’re the last to recover.”

Today, Nicole Jones and her husband are making do on her disability checks and his $60,000-a-year salary. They have two daughters in college and high health care bills. And while America’s economy is doing well, Jones hasn’t added to her savings account in the past year and can’t imagine when she will again.