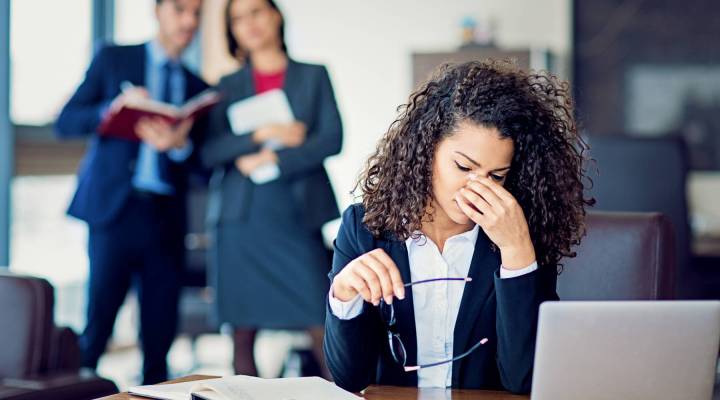 Phyllis Hartman, an HR consultant and trainer who specializes in career development and employee relations, joined Marketplace Morning Report host David Brancaccio to discuss the human resources side of this situation.

People tell me they’re often too scared about going to their human resources person at their company to report someone who’s making the workplace toxic. Should they be worried about going to HR?

I would hope that they shouldn’t be. Well-informed, good HR people should be able to handle those kind of situations without causing more problems for the employee. Maybe they haven’t communicated completely with the employee base to let them know that it’s OK to come and talk to us. The risk probably is that sometimes the HR person can only do so much. We don’t always have all the authority to solve the problem.

That is the thing that many people tell me they’re most worried about is they bring up something that’s legitimate and they’re afraid that there’s going to be hell to pay.

Yeah, and that is certainly a risk. At one point I think the [Equal Employment Opportunities Commission] EEOC had more complaints about retaliation than they did about harassment. At least by going to HR the potential is you’ve now got somebody else on your side. The problem is that usually if people are feeling harassed by a manager or a boss they’re already afraid. I think they were afraid that the person who was harassing them had more power than they did. And that’s kind of what harassment is about, it’s about power.

But they’re worried that maybe HR works for the boss as opposed to working on behalf of the employee who’s in a tough situation.

Yeah the HR person does work for the company but a good HR person would be willing to take a stand if somebody is being harmed and at least be able to go as far as they could in resolving the situation. Sometimes HR people are afraid, too. But if you want to be in HR and you want to be good you have to work past that. That doesn’t always mean that you can give the employee exactly what they want. And I think sometimes that’s the problem too.