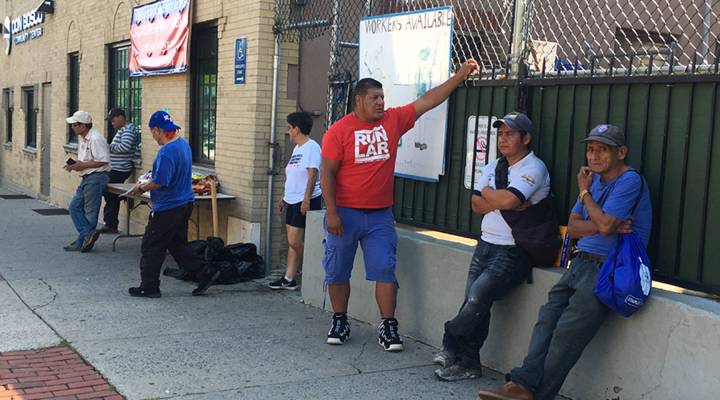 In Woodburn, Oregon, a small city in the Willamette Valley, there’s a Fiesta Mexicana every summer where families gather at a local park for Latin music and dancing, Mexican food and carnival rides. A busy freight rail line runs through the center of town, past small shops catering to the Latino community. On the outskirts, fields of corn, vegetables and grass seed spread in every direction.

In February 2017, just after President Donald Trump took office, Immigration and Customs Enforcement stopped two buses carrying laborers to the fields. According to local news reports at the time, 11 workers were detained.

“When that raid came down, it sent shock waves in the community,” said Ramirez. “As I go out to the fields now, there’s a lot of fear. When I see people working, they’re always looking over their shoulders. And this has created a big economic problem for supply of workers. People are actually fearing going to work.”

Cesar Mora, who owns Zapateria el Jalisciense, a small shop on Woodburn’s main street that sells boots, clothes and money orders to transfer funds abroad, said business was down after the February 2017 raid, as people stayed home to reduce the risk of coming in contact with immigration and law enforcement officials.

“It was tense last year, but right now it’s gotten more calm,” Mora said. “In fact, when we started hearing all the news that there could be more immigration raids, people started sending more money orders home, because a lot of people are afraid that if something happens to them, at least they’ll already have some money put away.”

Since Trump took office in January 2017, there’s been an immigration crackdown, with ramped-up raids and detentions of unauthorized day laborers, farm and factory workers. Federal immigration authorities’ priority is now to prosecute and deport those without permission to live and work in the United States whether or not they have a criminal record.

There are 8 million or more unauthorized immigrants working in the United States, according to data from the Pew Research Center. For those immigrant workers and their families, it’s a tense time. But the demand for laborers — many of whom work under the table for cash wages to avoid having to provide documents to prove they’re authorized to work — has not diminished in some areas.

In addition to farm work, another common way unauthorized immigrants find work is at day labor markets, where contractors come looking to hire people for cash, no questions asked.

Don Bosco Workers Inc. in Port Chester, New York, is part of a network of nonprofit day-labor centers run by immigrant advocates. It’s located in a church in this small city about 30 miles north of New York City, which has a large low-income Latino population.

Gonzalo Cruz runs the Don Bosco Workers day-labor center out of a Catholic church in Port Chester, New York. He’s a former day laborer himself. He stands next to copies of restitution checks the group has received from employers on behalf of workers who claimed they were not paid or were paid too little for their work.

Gonzalo Cruz, who was once a day laborer himself, runs the center. He said that on a typical morning, 25 to 30 men, mostly undocumented, wait to be hired. The going rate for basic construction or landscaping work is $120 per day ($15 per hour for an eight-hour day).

Cruz said more workers have been showing up and his center to seek work since the Trump administration’s immigration crackdown. He said workers don’t feel safe waiting for work at traditional day-labor hiring locations, like home improvement store parking lots.

“The workers feel more safety here,” he said, “because we are the church, and all of the churches are a sanctuary.”

Cruz said more day laborers are telling him lately about employers refusing to pay or paying with bad checks. He said some employers “start talking: ‘Oh, you don’t have documents, I don’t want to pay you. You are an immigrant — now I can call the immigration.’”

Marcos Martinez, who runs Casa Latina, a day-labor and immigrant-advocacy center in Seattle, he said he’s also concerned about employers being emboldened to engage in wage-theft.

Still, with the local economy booming, he hasn’t seen a drop in people showing up to find work or employers seeking day laborers.

“There’s still the need for people to earn money to support themselves and their families,” Martinez said. “And people who are undocumented in this country have always had to operate, so to speak, in the shadows.”

Mark Hugo Lopez at the Pew Research Center said it’s difficult to identify specific economic impacts from the Trump administration’s immigration policies. He said what’s clear is that the 8 million-plus unauthorized immigrants working in the United States are an important segment of the labor force.

“It’s largely a male population that’s of prime working age,” Lopez said. “So you see a labor force participation rate of about 67 to 68 percent, which is a few percentage points above the general U.S. public, and higher than native-born Hispanics as well. Many of the undocumented are likely working with papers that their employers have accepted, and therefore they’re paying into the U.S. tax system, they’re paying local taxes.”

Back in Woodburn, Oregon, resident Elizabeth Ramirez said she knows unauthorized workers who were deported to Mexico in the past year but soon returned to the area. Ramirez, who’s married and lives in town, helps out in her mother’s small grocery market, El Mercadito.

“Trump was like, ‘On the count of three, you’re going to be gone,'” Ramirez said. “Now that people have gone and come back, they’re like, ‘Well, it cost me quite a bit to come back, but I’m back,’ so they know how to work around it.”

And Ramirez said the cost can be steep: “a couple — ten grand, a little more — depending on who’s helping you.”

But it’s a price that clearly seems worth it to some unauthorized workers, who assume they’ll return to find work again in the booming U.S. economy. 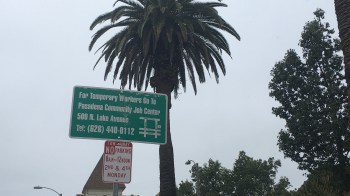