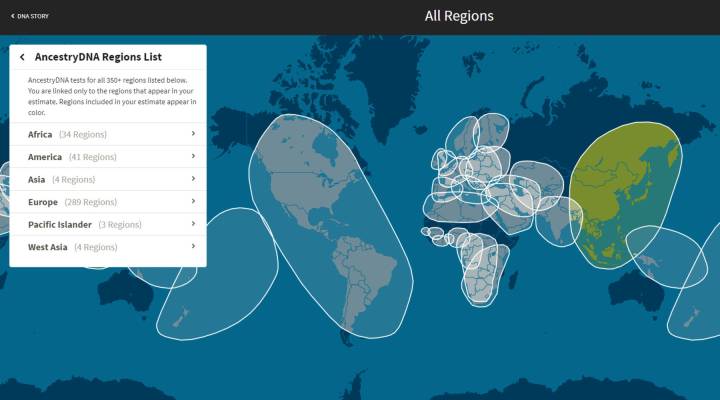 Ever wondered where you come from? Like, every wanted to look far back? Really, really far back?

Beyond calling up your oldest relative and combing through there family tree, there’s a whole industry that wants to help: Direct-to-consumer genetic ancestry products ranging from Ancestry.com to 23andMe. They say they provide a way to dive into your heritage, possibly unearth some skeletons in your genetic closet and really narrow down what percentage of what ethnicity lives in your genes.

But when people of color use these products, simply put, they often don’t live up to the hype.

Michael Kim in Chicago found out the hard way. He purchased an Ancestry.com kit, spit in the tube to provide his DNA and sent it in.

“I’m Korean. At home, growing up, we had a leather-bound book that must have been 6 inches thick that is like the national registry of every clan there is,” Kim said. “So I was hoping for some sort of surprise.”

Weeks later, he got an email saying the results were in. So, like a college admissions letter, he frantically clicked through the Ancestry.com site to log in.

His results: He’s 100 percent from Asia.

That’s as in-depth as it got. His result was accompanied by a map of the world with the continent of Asia circled from Russia all the way down to Indonesia. Almost one quarter of the Earth’s area basically circled by a yellow highlighter.

“I guess at some level it was initially funny, but at another level it was also just kind of disappointment,” Kim said. “It‘s like taking a Chinese guy and casting him as a Japanese guy in a movie. It just kind of lumps all Asians together.”

To analyze a customer’s DNA, these ancestry products compare one person’s DNA to others in their database. The comparison looks for genetic similarities to narrow down which part of the world others with the same genetic makeup are from.

Kim’s result came from comparing his DNA and finding 645 people in their database with a similar genetic makeup. That’s 645 people from an area spanning almost a quarter of the globe, including the world’s most populous country.

“The data set behind our product experience is a combination of publicly available data and our database of customers,” an Ancestry.com spokesperson said in an email. “As more people take DNA tests, we will be able to provide more granular insights about their family history.”

Kim isn’t alone with his experience with an ancestry product.

“I took a 23andMe DNA test. I was horrified that the European was so overestimated that at first they didn’t even detect my non-European heritage, except for less than 1 percent,” wrote Sayeeda Malachi in an email.

She said her background is West Asian/Middle Eastern, German, Dutch and Italian/Balkan.

Now, after some public criticism, genetic ancestry services across the board are hoping to make their genetic databases more racially robust. Ancestry.com says it’s updating its algorithm to provide more detailed results and staying current with public projects whose focus is to understand global genetic diversity.

23andMe hopes to jumpstart that process. This summer, it will begin awarding grants to researchers to get more DNA samples into its system.

“It’s not that long ago that the main [genetic] studies kicked off, and mainly these were conducted in the U.S. and Europe,” said Joanna Mountain, senior director of research at 23andMe. “There’s still a long way to go in terms of having genetic studies represent the entire globe.”

Mountain said the most underrepresented countries for 23andMe include countries in sub-Saharan Africa, Central Asia and Southeastern Asia.

Like Ancestry.com, 23andMe relies on genetic data from past customers and publicly available data. It creates a bit of a catch-22 — to improve its product, 23andMe needs more people of color to buy its kits, but people of color won’t buy them if they don’t provide worthwhile information.

This creates a business problem. The outward-facing part of companies like 23andMe is to provide people with an ancestry service, but it’s what they do with that data that is the crux of their business.

“23andMe is also working to develop drugs in its therapeutics division and with pharma clients, but if it can only look at caucasian DNA, those treatments could be less effective for non-white patients,” Megan Molteni wrote on Wired.com.

23andMe hopes that by providing grants to researchers working in areas underrepresented in their data that their overall data sets can be improved.

“We have benefited from customers with diverse backgrounds signing up,” Mountain said. “But there remain gaps.”

And then she’s on to bigger goals.

“I see us going beyond just geography,” Mountain said, “and thinking about cultural and linguistic groups, as well.” 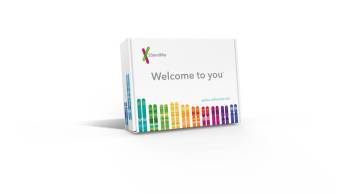 People of color: Have you used an ancestry product?