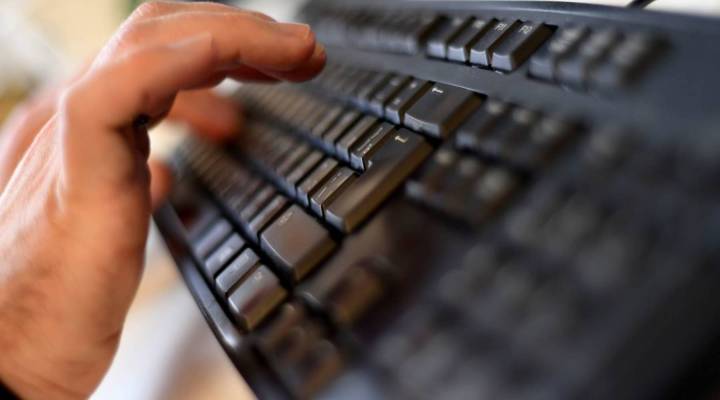 The U.S. job market is tight. With around 6.7 million workers currently searching for jobs and almost 6 million job openings, the competition for workers is heating up. One of the ways that we are seeing this play out is through different compromises that employers are willing to make when hiring new talent. One of those compromises is not requiring a four-year degree for certain jobs.

“Within the tech industry — which is where some of this trend started — we are seeing an increase in the number of job postings that are not requiring a four-year degree,” said Cathy Barrera, chief economist at ZipRecruiter. Companies looking to hire workers familiar with programming languages like SQL, Python, Java and HTML have been seeking out employees with those specific skills rather than four-year degrees.

These type of jobs — where skills are more important than a degree — are referred to as “new collar” jobs. The term gained popularity in late 2016 after IBM CEO Ginni Rometty used it in an open letter to then President-elect Donald Trump.

“Getting a job at today’s IBM does not always require a college degree; at some of our centers in the United States, as many as one-third of employees have less than a four-year degree,” Rometty wrote. “What matters most is relevant skills, sometimes obtained through vocational training. In addition, we are creating and hiring to fill “new collar” jobs — entirely new roles in areas such as cybersecurity, data science, artificial intelligence and cognitive business.”

While IBM employs many new collar workers, according to ZipRecruiter, these type of jobs are most likely to be offered with small companies and in cities that are not necessarily known for their tech job market.

“What we found is that cities where tech jobs are a smaller share of the job openings that listings are more likely to be new collar type jobs,” explained Barrera. “They are less likely to require a college degree. Cities that are on the other end of spectrum — that are more intense — such as San Francisco and the Silicon Valley really get flooded with tech talent, people move to those locations just to work in that industry whereas in other locations there might not be as many people with those skills or as many people with the degrees. So the cities that are little bit less saturated might have employers that are willing to understand that the degree isn’t necessarily reflective of the skill that they need. What they want is someone who can program a particular language as opposed to someone who has a bachelor’s degree.”

While this is a symptom of a tight labor market, Barrera said this is not something that is likely to go away, especially in industries where workers can gain the necessary skills through certification courses, apprenticeships or vocational schools.

“This can apply to any job where the central role is dependent on a skill that is directly testable so that can have a really broad range into things that are not at all associated with tech,” she explained. “You could be looking at something like say graphic design where employers start looking at portfolios directly instead of looking for a college degree.”

A rise in new collar jobs could also help reduce underemployment among young Americans by helping change the way we think about a college education, which is often seen as the only way to get a well-paying job. Underemployment is when people take jobs for which they are overqualified for and are therefore not using their degree.

Since the Great Recession, many Americans who have completed a four-year degree have gone on to take jobs that did not require those degrees. According to the New York Fed, 43.4 percent of college graduates went on to take “good jobs” that did not require a college degree — meaning the job was a full-time job with an annual salary of $45,000 or more. Another 7.7 percent of college graduates were working in “low-wage jobs” that paid $25,000 or less a year.

However, it might be a while yet before young Americans and their families consider vocational schools as an alternative to a four-year degree.

“We need to see a little bit more change in the labor market, more of these new collar opportunities becoming available to really have an impact on what kinds of decisions young people are making about their education,” said Barrera. “What I think is great about new collar jobs is that they are in what we might consider a prestige industry. Tech is an industry that a lot of young people want to go into. That combined with the fact that these are well-paid job where individuals can hone their skills and they provide an opportunity for career growth, those two things together make this a really attractive career path for young people. That can contribute to either individual young people or their families being more encouraging of choosing an alternate path to a traditional four-year degree.”