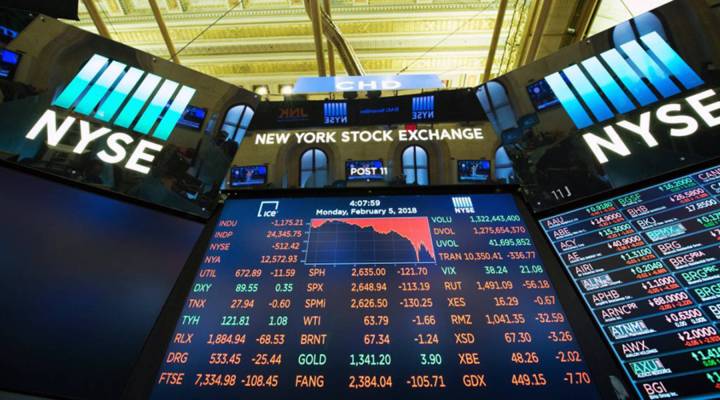 Go ahead and pull up the chart of yesterday’s Dow Jones Industrial Average. The scariest-looking bit is the deep valley that starts just after 3 p.m. That’s when the index hit its lowest point of the day before quickly bouncing back some; it makes almost a perfect “U” on the chart. Speculation is that this dip was caused by machine trading — algorithms.

“When you execute a trade, it’s not going on the floor of an exchange anymore,” says Bernard Donefer, fellow at the Center for Digital Economy Research at New York University’s Stern School of Business.

“Floors don’t really have traders. It’s being done in a computer system, in all likelihood in New Jersey. These automated trading models make the world go at speeds we really haven’t seen before.”

He said it’s important to understand that algorithms don’t generally create the sort of steep declines we saw yesterday. Instead, they take whatever trends are already happening and amplify them.

“The problem is when the market goes strongly in one direction, mostly down, the algorithms anticipate a collapse of the market and they quickly start selling off stocks,” Greenberger said. “And it’s very hard to turn that machine off.”

The finance world got hip to this after the flash crash of 2010 and started updating the algorithms to recognize and halt such activity. But with yesterday’s dip, Greenberger said, it’s likely some human beings noticed what was happening first and rerouted the machines.