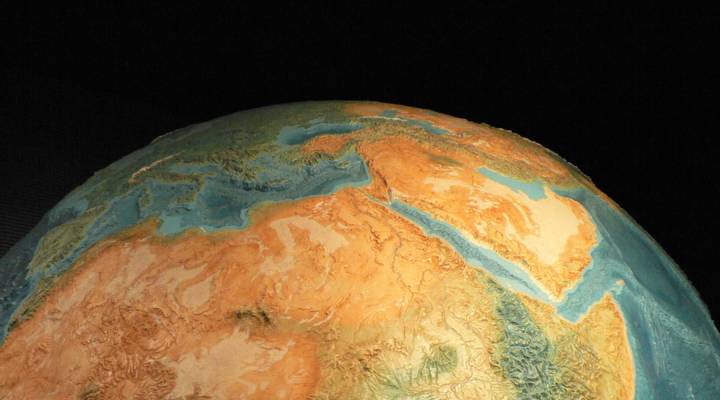 We’ve all heard this: China is going to be the key driver of growth in the global economy in the decades ahead of us. That means China is starting to write the rules for companies that want to a slice of the pie, especially as more Chinese consumers start defining the demand for products worldwide.

Shaun Rein, the founder and managing director of the China Market Research Group, has written extensively about Chinese regulation, the country’s approach to globalization and its economic power. His latest is “The War for China’s Wallet: Profiting from the New World Order.” He spoke with David Brancaccio. Below is an edited transcript of their conversation.

Shaun Rein: I wrote this so that Americans could better understand the threat and the opportunities arising from China taking on a more muscular diplomacy globally as President Trump looks more at the United States and domestic issues. China is really filling in that power vacuum not just in Asia anymore, David, but they’re also looking into South America, Africa, now even Western Europe.

David Brancaccio: Well, how far is China going to take this? I mean, as you say, the U.S. administration is pursuing what the president calls America first, right? And that’s often seen as a retreat from global institutions, and that puts Europe and increasingly China in the driver’s seat on these globalization rules. Do you think China wants to upend the system and start with something more in its own image?

Rein: China’s looking to complement the system. So, part of it is they want to gain more power in institutions like the World Bank or the IMF, but they’re actually building new institutions like the AIIB to rival the World Bank, and most importantly, they’re looking at creating this initiative called the “One Belt, One Road,” where they’re looking to raise 1 trillion U.S. dollars to invest into infrastructure projects like roads, airports, subways, trains, all across the globe. So they’ve announced $55 billion worth of infrastructure investments into Pakistan alone. So they’re going to gain a lot more influence with the Pakistani leadership than the United States right now, who’s been accusing Pakistan of working with the Taliban over the last several decades.

Brancaccio: By the way, just so people are following this, the AIIB is China’s idea of a like a World Bank, but for Asia.

Rein: Exactly. And the real focus is infrastructure investment. So they’ll look at Myanmar and invest 3 to 4 billion dollars in dams and in other railroad-type projects, and they’re doing the same in Thailand, Malaysia, even going into Ethiopia. And so what you’ve seen right now is China has announced that they will allow Ethiopian Airlines to fly direct to about a dozen different mainland Chinese cities. So the key, David, is that China is using economic carrots and sticks to reward, punish other countries that are willing to follow it economically and politically.

Brancaccio: It’s not unheard of right, Shaun? I mean, the United States, certainly many countries have employed these kinds of techniques to win friends or to ostracize folks that are not playing nicely.

Rein: Exactly. But there are some differences. So America used the Marshall Plan after World War II, or the Japanese did a lot of low-interest loans into Southeast Asia in the 1960s and ’70s. And we all know that America uses economic sanctions against countries like North Korea and Iran. The difference though, David, is that China does it also with its allies. So it might take a country like South Korea one day — earlier this year, South Korea installed something called THAAD missile deployment, which was an American missile system. And this is something that China really didn’t like. So what they did was they blocked tour groups from China to visit South Korea. In April of this year, the number of Chinese tourists to South Korea dropped 40 percent year on year, and really crippled the South Korean economy. So the difference between China and America is they’ll do it not just against enemies, like Iran and North Korea in America’s case, but they’ll also do it with their largest trade partners.

Brancaccio: So there’s the Chinese government official China but also Chinese consumers are part of this discussion of who gets to claim a piece of China’s wallet. Chinese consumers we know are partial to international brands, but it’s my understanding from this book, increasingly interested in homegrown stuff.

Rein: Yeah, in 2012, I run a research firm, we interviewed 5,000 consumers in 15 cities in China. And in 2012, 85 percent of consumers we interviewed said that they would prefer foreign brands over domestic Chinese brands. We did the same survey last year, and the results were quite different. Instead of 85 percent preferring foreign brands, we found that 60 percent of Chinese preferred domestic Chinese brands. So what we’ve seen in just the last five years is a major shift, where Chinese want to buy Chinese brands made by Chinese for Chinese. There’s a lot of rising patriotism to buy companies like Alibaba or Tencent, and these are companies that are going to start to expand more and more into American shores in the coming years.

Brancaccio: Is that change in sentiment … what word should, I use, organic? Is it just people in China coming to that conclusion that they want to buy Chinese or is this being influenced by policy?

Rein: Part of it is organic, but a large part of it is policy. The current President, Xi Jinping, who became president of China five years ago, has created something called the China Dream. He really wants Chinese to think about what does it mean to be Chinese, let’s be proud of being Chinese, and let’s not slavishly look to America and Western Europe for archetypes of success. And so when he started talking about this over the last five years, Chinese started to become proud again of Chinese culture. They shed sort of a chip on their shoulder that they’ve had since the end of the Qing Dynasty, and they feel that China’s now about to take its place in the world as the rival superpower to the United States, and that translates to Chinese wanting Chinese brands.

Brancaccio: Now, international companies have a huge stake in figuring out how to crack this, and which companies are doing better do you think, Shaun, which are doing worse in understanding where China is going?

Rein: I think you see companies like Starbucks are doing really well. Apple’s also doing very well. For both companies, China is their largest market out of the United States. Another great example would be KFC — over 50 percent of their global revenue comes from China. So these companies are keeping their core brand DNAs, but they are localizing to fit the needs of the Chinese consumers. So for instance, with Starbucks, in the United States, I believe about 80 percent of their sales are takeout. In China, about 80 percent of their sales are dining in, because Chinese like to go feel part of an American culture, feel like they’re part of a globally sophisticated elite, and they’re able to do that by having coffee. Luxury in a cup.

Brancaccio: Before we go, I want to bring up something Shaun, I don’t know if it’s a sore subject, but I remember a couple of books ago, you wrote the book “The End of Cheap China.” That was not embraced in China, that book.

Rein: That book was actually banned in China. The Chinese government didn’t like it because it talked about local corrupt officials that were protecting the red light districts and really stealing from everyday Chinese. So that book was banned in the country.

Brancaccio: Getting any feedback on the new one?

Rein: The state-owned media has gone quiet on me. When they first heard that I was writing this book, “The War for China’s Wallet,” they wanted to interview me and profile me. After they saw the advance media copies, they stopped returning my calls. So I’m expecting that this book is going to get banned, too. And I’ll get a little bit of heat in the coming months.

Brancaccio: What do you think, what’s so controversial from the Chinese perspective about what you’ve just been talking about?

Rein: I think that the government doesn’t want people to know the framework that they punish other countries and companies if they don’t follow what they want. So I mean, if you look at it, when Liu Xiaobo won the Nobel Peace Prize, China blocked imports of salmon from Norway. Overnight, that dropped from about 80 percent market share down to zero percent.