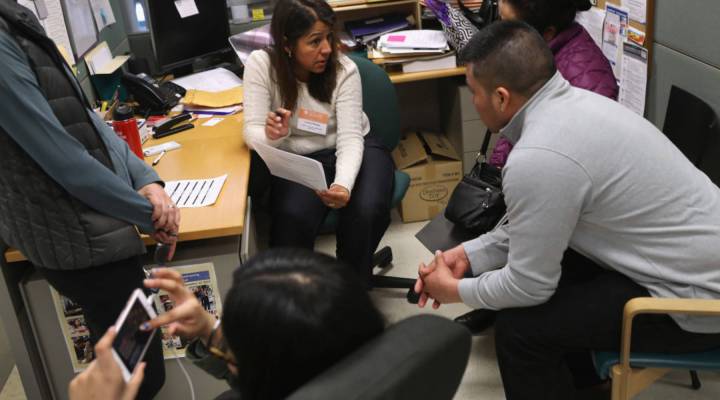 President Donald Trump campaigned on a promise to ramp up immigration enforcement.

From February through June, an average of 13,085 undocumented immigrants were arrested each month, according to U.S. Immigration and Customs Enforcement. That compares to an average of 9,134 arrests per month during the last three months of 2016.

The economic ripple effects of arrests – and eventual deportations – are wide-ranging. But one little noticed consequence is their effect on the housing market.

Research shows that deportations lead to higher rates of foreclosure among Latino communities. That’s because the loss of an income for families – especially if it is the breadwinner who is detained – can make it harder for remaining family members to make mortgage payments.

That reality is what spurred Maria, an undocumented immigrant who runs a Quinceañera shop in Los Angeles, to recently transfer the title of her house to her 22-year-old daughter, a U.S. citizen.

“I refinanced it and took the money because if they come up and deport us, we have that money put away,” Maria said in Spanish. “It’s with my daughter.”

Maria, who didn’t want her last name used to protect her safety, has owned a home in California for more than 20 years.

She and her husband scraped together $2,000 for the down payment and have since remodeled it over the years. The thought of losing the house because of a deportation, she said, is terrifying.

“Because everything we made, all that we built could fall apart at any moment,” she said.

The link between deportations and foreclosures is something Jacob Rugh, an assistant professor of sociology at Brigham Young University, has studied extensively.

He found that deportations during the Great Recession, which reached record levels, exacerbated foreclosures among Latinos. Rugh, along with Matthew Hall of Cornell University, looked at data from 2005 to 2012, focusing on counties that collaborated with Immigration and Customs Enforcement under the 287 (g) program. That’s the program that allows local law enforcement to help arrest and detain people suspected of violating immigration law.

They found that in 42 counties, foreclosure rates among Latino households were nearly 70 percent higher than in otherwise similar counties.

That’s because while many undocumented immigrants are homeowners, many live – and contribute income — to multi-generational households owned by Latinos who are here legally.

“Even in expensive markets, you could see that immigrants were pooling their resources across legal statuses, across families, to make the American dream possible,” Rugh explained.

Rugh said deportations act like other triggers for foreclosure that are well-known: “It’s as though someone was divorced or became ill,” he explained.

Most undocumented immigrants who are deported are Latino men with jobs. So, for families that hold the bulk of their wealth in a home, that loss of an income can mean losing money for college or medical bills.

“It has this sort of domino effect on the rest of the community and on the economy, frankly,” said Marisa Calderon, executive director of the National Association of Hispanic Real Estate Professionals.

Calderon said a huge spike in deportations could have an impact on the housing market as Hispanics are expected to drive home demand over the next decade.

“People don’t come to this country dreaming to be renters, they want to be able to have a little place to call their own,” she said.

That’s what Claudia, who’s undocumented, wanted. Her parents brought her to Wichita, Kansas from Mexico when she was a young girl. That’s where she eventually fell in love with her boyfriend, got married and bought her first home.

“I wanted to have something more stable for my son. Like a lot of my friends, they still have their memories or like their pictures, and I didn’t have that,” she said.

Claudia was on her way to building that stability when, in 2005, her husband, who’s also undocumented, was detained. He lost his painting business. The court fees and bills started piling up.

“We were really trying to save the home,” she said.

But they couldn’t make the mortgage payments. They lost their home. Eventually Claudia’s husband was deported. He is now back in the U.S. and both Claudia and her husband are seeing political asylum.

But instead of the two-bedroom home with the big backyard, they’re renting in the same Wichita apartment complex they were in when they first got married.

“It was really hard for me last year when I turned 40,” she said. “It was like, I cannot believe I’ve been working hard my whole life, had dreams, and here I am at 40, starting all over again.”

She said she wonders where they’d be if they hadn’t lost their house. 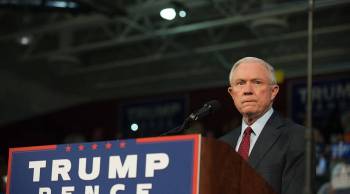