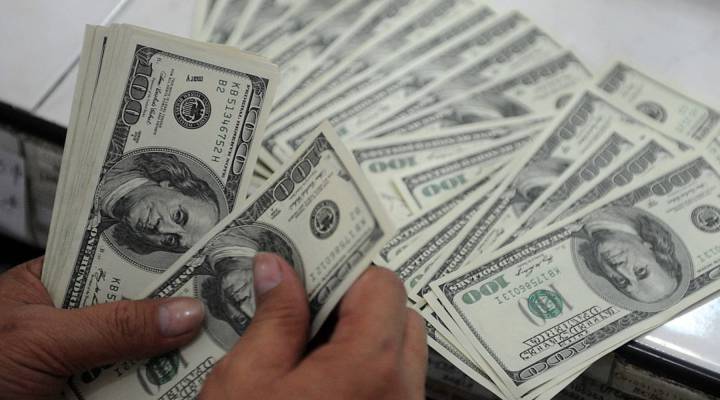 Here’s a question: How much cash is in your wallet right now? If you answered not a whole lot, that’s not very surprising. It’s getting ever easier to operate in this economy without carrying cash. You tip your Lyft driver on your phone, you pay your dinner bill with a credit card and you Venmo your friends to split the check. Consider then, the future of cash. Bhaskar Charkravorti, the senior associate dean of international business and finance at The Fletcher School at Tufts, has done a number of studies on the subject, including the “Cost of Cash.”  Marketplace host Kai Ryssdal spoke to him about the future of bills and coins in this changing world. The following is an edited transcript of their conversation.

Kai Ryssdal: The most interesting thing to me about these studies that you did was the idea of cash actually having a cost, and it’s a cost in time and accessibility. It’s a convenience cost, really.

Bhaskar Chakravorti: Well it’s a combination of cost cost, convenience cost and time cost. So if you’re a consumer, it costs you money to withdraw money from an ATM. Some consumers don’t have bank accounts, so they have to go to a place that can cash a check. And for that they have to pay fees. So there’s real money there. And then, of course, to find an ATM and stand in line, that takes time out of the day. So there’s an opportunity cost of time. And then, of course, the inconvenience.

Ryssdal: And as with so many things in the global economy, the poorer you are, the more it costs you.

Chakravorti: Absolutely. We find that people who don’t have bank accounts or are essentially underbanked, they pay four times more in fees to get money than those who own bank accounts.

Ryssdal: All right, but here’s the thing: We are constantly being told that we are headed toward a cashless society between things like Venmo and bitcoin. Do you think we’ll get to a cashless future or not?

Chakravorti: We’ll get to a less-cash future rather than a cashless future. In some countries, we’re getting pretty close to cashless. For example, in countries like Sweden and Switzerland, they’re up there in terms of pretty much eliminating cash from practically every transaction. But here in the United States, not so much.

Ryssdal: What about India, where a number of months ago the government essentially got rid of high denomination bills, took out some astounding percentage of cash from circulation, period. And yet cash transactions and cash withdrawals now are up over the same time a year ago?

Chakravorti: Yeah. So India is, of course, a very interesting case because the government by brute force demonetized close to 86 percent of all currency on Nov. 8. And understandably, mobile payments, mobile wallet uses spiked. And now with currency back in circulation in India, what we are finding is that people are returning to cash. It hasn’t come back to the same levels as it was a year back. But that massive spike that we saw in November, December and January, that has kind of subsided. People’s connection to cash is very hard to break.

Chakravorti: Yeah, absolutely. So there is a visceral aspect to it. There’s also a rational aspect to it, as in every time I do a transaction on a mobile phone or using some kind of an electronic account, that goes on the record and the government might come after me afterwards and say, “Gee, where did you get that money?” Or, “Have you paid your taxes on it?” And that’s a pretty good reason to kind of do everything in cash.

Ryssdal: How much money you have in your pocket right now?

Ryssdal: By design, or did I just catch you on a bad day?

Chakravorti: No, no. By design. I try to and not use cash at all. And in fact, it’s extremely awkward every time I’m in a new city, and I’m checking into the hotel, and I reach into my pocket to give somebody a tip. And I have to say, “OK, where’s the nearest ATM?”