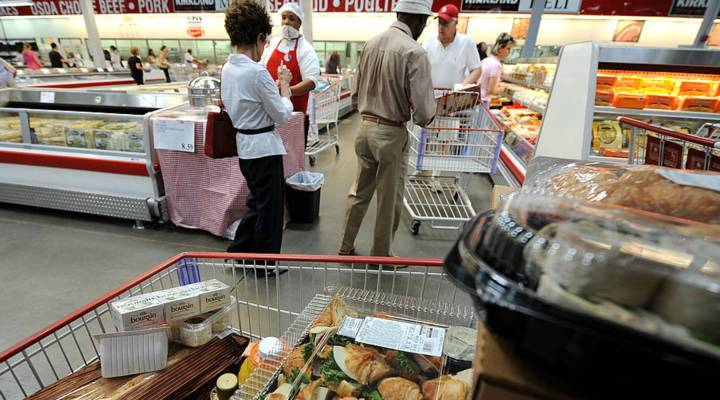 Costco is increasing its membership fees in June, which will affect about 35 million members. The company’s basic annual memberships will rise by $5, putting them at $60 a year, while executive memberships will increase from $110 to $120 a year.

While some analysts had predicted the warehouse club would earn $1.36 per share with revenue of $29.86 billion, Costco ended up generating $29.77 billion in revenue, earning $1.17 a share.

Despite the lower-than-expected results, some experts say Costco’s business is a bright spot in the retail landscape and are praising its decision to bump up fees.

Joe Feldman with Telsey Advisory Group said the long-awaited fee bump was a good move. There hadn’t been a fee increase since 2011.

“It’s a way for Costco to add a little bit of growth in a very subtle way that doesn’t have a big, negative impact on sales,” he said.

Costco’s membership fees are a key to its success — they account for about 70 percent of the company’s operating income. Costco card holders spent $2.6 billion on membership fees in 2016, according to Fortune.

Brian Yarbrough, an analyst with Edward Jones, said Costco stands out from other retailers that are struggling because of its deals on items that you might not find again. Shoppers come in with a kind of treasure hunt mentality.

“You look at their traffic, they’re driving 3 percent-plus traffic increases,” Yarbrough said. “There’s not a lot of retailers out there. Most are struggling to drive positive traffic at all.”

Big retailers like Target and Wal-Mart are looking to woo customers with lower prices, as is the grocery chain Kroger, which Thursday said a key sales measure fell in the last quarter.

A growing number of Costco members are also becoming Amazon Prime members, which leads some analysts to question whether those consumers will want to keep up both memberships. Kantar Retail analyst John Rand said Costco has not committed to the digital delivery system to the same extent as Amazon.

“I don’t know that it’s an existential threat yet,” he said. “But it may be having some effect on their level of growth.”