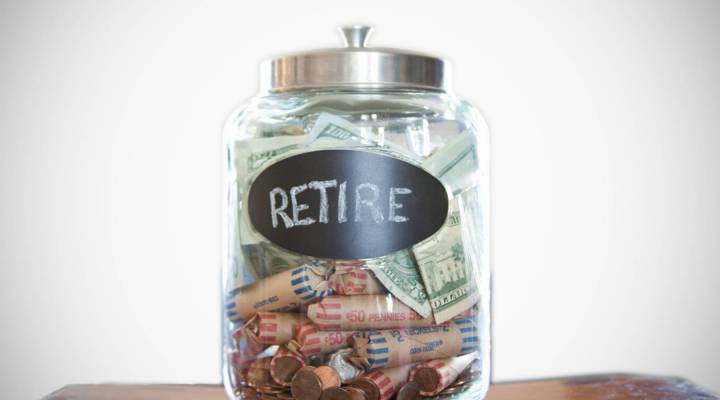 It’s not a poetic word, but it’s a crucial one when it comes to your money: fiduciary.

The Department of Labor’s new fiduciary rule is supposed to go into effect this April. A key part of it is that financial advisers who recommend tax-protected retirement plans should put the client’s interests first. But the rule, eight years in the making, may not survive.

A top adviser to Donald Trump, Anthony Scaramucci of Skybridge Capital, has promised to repeal the fiduciary rule.

He said, “It could be the dumbest decision to come out of the U.S. government in the last 50 to 60 years.”

Marketplace’s senior economics contributor Chris Farrell joined us to talk about how this rule works. Read the full transcript below.

David Brancaccio: Let’s start with the basics of this rule. You and I have been covering this for years now. What does it say that retirement advisers have to do?

Chris Farrell: So if you think about most broker dealers, stock brokers — they’re held to what’s called the “suitability standard.” So you give retirement advice that’s suitable for someone considering their age and their income, and if there are conflicts of interest, you disclose that conflict of interest. What the fiduciary standard is, is a higher standard and what it says is that you must put the client’s interest first. You have to eliminate those conflicts of interest and you have to be transparent in your dealings.

Brancaccio: I mean, still, you may think this is an obvious step, but there has been pushback from the industry, right?

Farrell: There’s been enormous pushback from the industry. So you have a lawsuit that’s been filed by the U.S. Chamber of Commerce, the Financial Services Institute. There’s a lot of talk with the new Trump administration that they’ll repeal the fiduciary standard, and we don’t really know what the Trump administration is going to do. But here’s the thing, David — you know, if you think about your retirement savings and how hard you work for them, do you want an adviser to put your interests first or not? And I think it’s a very simple answer for most people: Yeah, I want them to put my interests first.

Brancaccio: I know, Chris, but the cynic in me knows that when I go to buy a car, the man or woman selling me the vehicle is not putting my interests first. I mean, it’s part of the transaction.

Farrell: We’ve been talking about this for a while and so a lot of people have learned about this fiduciary standard. That used to be a word that was on the margins of the financial services industry. Now, it’s at the heart of a whole discussion, and what I am noticing is that there are more and more financial services firms. Like, Charles Schwab came out with a new product, low-cost product. And you can get comprehensive financial planning from certified financial planners that are held to the fiduciary standard, and you also get some basic index fund advice. So I think what people have learned is to embrace this fiduciary standard — and they don’t like the suitability standard.

Brancaccio: All right, but as a practical matter, what is a person to do if they’re looking for a financial adviser?

Farrell: All right, look – what I would do is I would sit down with that financial adviser, and I would say “Do you adhere to the fiduciary standard?” If they say no, I say goodbye.

Brancaccio: So — do you adhere to the fiduciary standard? Seven words, right? That’s what you should ask.