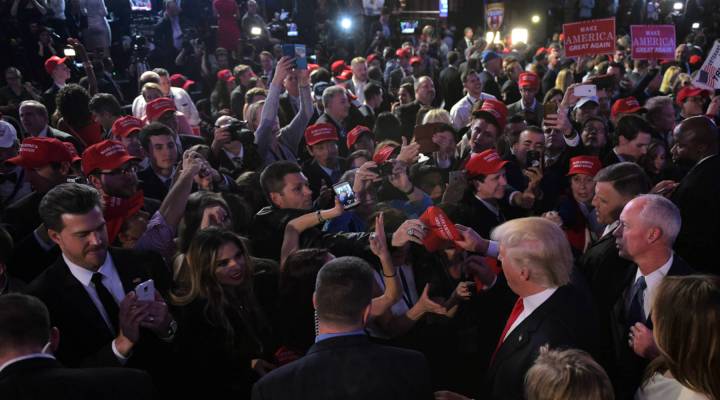 The latest Marketplace Economic Anxiety Index, just before the election, showed that about two-thirds of Americans are anxious about the economy. From this week’s election results, it’s clear that many channeled that feeling into their votes.

Donald Trump fared better with white voters than Hillary Clinton did, regardless of income and education levels. The gap between candidates was particularly wide when it came to white people without college degrees.

Princeton economist Cecilia Rouse said that’s because this group, especially the men among them, is one of the most anxious about the economy.

“A lot of that is globalization, and increasing technology,” Rouse said. They feel as though “we’re being left behind, and we need somebody to really listen and do something about it.”

William Rodgers, an economist at Rutgers, remembers when Trump started his campaign; Rodgers said the movie “Network” came to mind.

In the past, those frustrated people shouting from the windows would have been women, African-Americans or Latinos, said Rodgers.

But because of the way the economy has changed, Rodgers said, it’s now white people yelling they can’t take it any more. Those voters supported Trump.

“They feel like he is taking on the bully. Who is the bully? The economy, the macro-economy, immigration, trade.”

Trump’s supporters believe those forces are taking away jobs, according to Rodgers, and that has triggered even more economic anxiety for white voters who depended on those opportunities.

Carol Graham is a senior fellow at the Brookings Institution.

“At this point, blue-collar jobs, manufacturing jobs are harder to get and there’s more competition,” Graham said, “particularly in the Rust Belt — exactly where Trump support was strongest.”

That is exactly where Trump supporters are now expecting him to bring those promised jobs. But with a volatile and changing economy, it’s going to be tough.