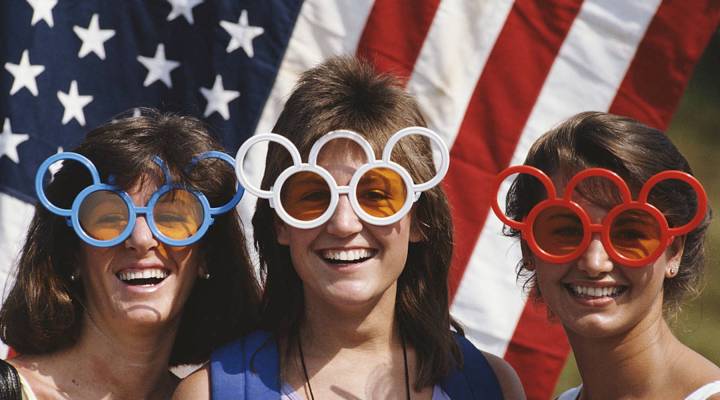 The Summer Olympics in Rio de Janeiro are kicking off today, and the massive protests aren’t the only problem facing the city. There’s also the question of  how much hosting the games is actually going to cost.

One estimate puts the tab at around $20 billion, but there was a time when the Olympics actually made money.

Thanks to existing infrastructure and sports facilities, plus sponsorship and broadcast deals, Los Angeles was able to net a profit by hosting the 1984 Summer Games.

David Goldblatt is the author of the new book “The Games: A Global History of the Olympics.” Goldblatt spoke with us about L.A.’s 1984 Olympics business model, and how the economics of hosting the Olympics has changed over the years.

On how the 1936 Berlin Olympics changed the economics of the game:

It changes because for the first time you’ve got a national government prepared to open the coffers. And while its difficult to calculate I reckon in today’s terms Berlin cost something in the region of 10 billion dollars, so that changes the scale of the games, the aspirations of the games, sort of lays down a gauntlet to everybody else in the future. But that’s state funding that’s absolutely not the private sector model of L.A. ’84.

On how the 1984 L.A. Olympic games were profitable:

Peter Ueberroth is the key figure here….First of all, you don’t build anything, you use what you’ve got and you make the most of it. Second, you actually get a deal with the TV people that represent the real value of the games. And then there was sponsorship. And again there have been a lot of sponsorships a the Olympics by then, Lake Placid in 1980 had like 325 sponsors but as Ueberroth said, a life-time supply of chapsticks and yogurt, you know, what you needed was money the problem is no one has been able to repeat the feat.

On why cities want to host the games:

It is also a place where national power and dominate stereotypes can be challenged. Of course Jesse Owens is the story we all know from 1936, where on the field of play racism and fascism could be challenged… And my favorite of all, the Indian hockey team who appeared under the flag of the British Empire but in secret would take out the Indian flag of the Congress before they out on the pitch, and in the final they beat the Germans the Nazi’s 8-1. And it’s those moments of transcendence and challenge to the order, that show what kind of humanity we really are; that’s the last thing keeping the eyes on the screen and giving me hope.