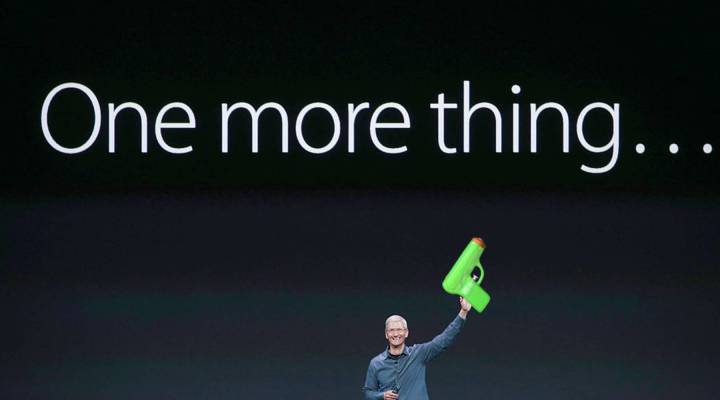 Apple has weighed in, symbolically, on the gun debate in this country.

The company announced Monday that when iOS 10 rolls out this fall, it’ll replace the handgun emoji with a green plastic-looking toy water pistol.

It’s part of a bigger emoji update that will add female detectives, weightlifters, cyclists and construction workers (right now there are only depictions of men in these roles), single parents, a rainbow flag and more.

This isn’t the first time Apple has weighed in on violent emoji. Buzzfeed reported earlier this summer that the company pressed Unicode to exclude a hunting rifle in its latest update. The emoji-governing body noted unanimously to keep the gun off a batch of Olympic-inspired icons.

Some advocates have applauded the move, while others have noted it’s a very, very small gesture.

And to think, some called the action a meaningless gesture.

Our partners at the BBC reached out to Apple, but they had no comment. At any rate — we’re pretty sure squirt guns, or any emoji for that matter, aren’t covered by the amendment.