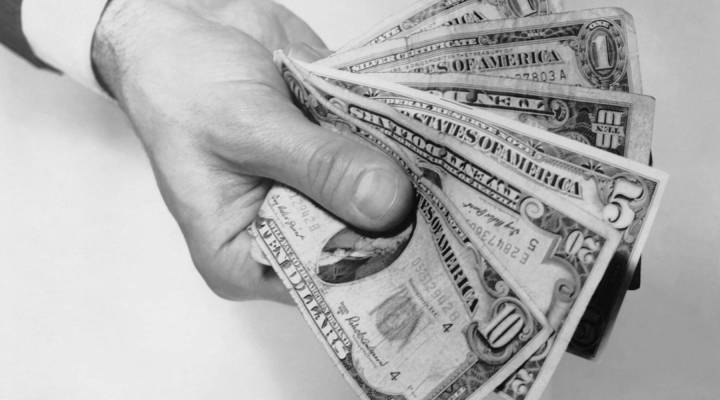 Most Americans are used to the idea of having to wait to receive their wages until payday, often a bi-weekly or monthly affair. That’s starting to change, as more businesses are offering employees earlier access to their earnings.

The practice doesn’t really have a name yet, though some refer to it as Instant Pay. Some of the services that offer it include Activehours, FlexWage and PayActiv.

The idea is that employees can get paid for some of the hours they’ve already worked, with the balance of funds coming on payday.

“This is neither a loan nor an advance. It’s already earned. It’s just a technology solution. We change the frequency or velocity of money,” said Safwan Shah, founder and CEO of PayActiv.

Each service works differently, with some taking funds directly from employers’ coffers and others acting as a temporary cash advancer.

PayActiv lets employees take up to $500 or half their net earnings for a $5 fee, which is much more affordable than getting a payday loan or getting hit with overdraft fees.

Shah said the number of client businesses that have signed up with PayActiv have increased by “orders of magnitude” within the past year. He said the range of businesses include hospitals, social assistance programs, hospitality services and call centers. The unifying characteristic among clients is a lower-income employee base.

“These are people making 12 to 20 dollars an hour and most likely living in a very high-rent environment,” Shah said.

Experts attributed the increase in popularity of such services to continued financial instability among a high proportion of the working class.

“While we talk a lot about income as being the problem — that wage growth has stalled; incomes haven’t really been rising very quickly in the last 20-30 years — what has become increasingly clear is that cash flow is king,” said Jennifer Tescher, founder and CEO of the Center for Financial Services Innovation.

Tescher said businesses that use instant pay services may lose some operating cushion, but the benefits they provide employees are worthwhile.

“It’s easily outweighed by giving your employees tools to better manage their own financial lives — and when people are less stressed about money, they are going to do a better job at work,” Tescher said.

Tescher said one possible consequence of withdrawing money before the traditional payday is the difficulty in setting aside sums for larger expenses.

“Getting paid every two weeks or even every month requires people to budget their money, but it also enables them to have large lump sums at the ready to make those big payments for their rent, their mortgage or maybe their car payment,” she said.