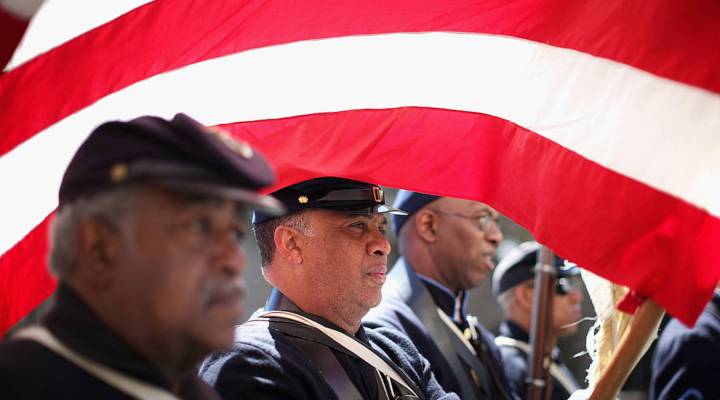 A holiday in the District of Columbia celebrating freedom for slaves, and a quirk in the U.S. tax code have combined to give Americans a 3-day grace period on their taxes this year.

Washington, D.C., is observing Emancipation Day on Friday, which means Americans get a break from the usual April 15 tax deadline. Instead, this year’s tax deadline is on Monday. That’s because when tax day falls on a weekend, a federal holiday, or a holiday in the District of Columbia, it is delayed to the next business day, according to IRS regulations. So, what is Emancipation Day?

The holiday commemorates President Abraham Lincoln’s signing of the District of Columbia Compensated Emancipation Act in April 1862. This law, which compensated slave owners, is not the same as the more commonly known Emancipation Proclamation, which freed slaves held in the Confederate States. It actually predates the Proclamation by nine months. Here are a few other facts that might surprise you about these federal decrees:

That Compensated Emancipation Act was the only act of mass emancipation that provided monetary compensation from the government to slave owners. “One of the reasons for compensation in the District of Columbia was that if they didn’t compensate the masters, the masters very likely would have sold their slaves south,” said Stanley Harrold, professor of history at South Carolina State University and author of “Border War: Fighting over Slavery before the Civil War.”

The reimbursements cost the U.S. Treasury approximately $1 million. Several thousand slaves were held by white residents of the District at the outbreak of the Civil War. With up to $300-per-slave on offer in compensation, 3,185 slaves were ultimately freed.

Some free black residents and former slaves also received money. Those receiving compensation included free black residents of the District, who were able to emancipate family members whom they had bought out of slavery from white masters. Former slaves themselves could receive $100 under the Act — but only if they agreed to leave the United States and emigrate to places like Liberia and Haiti.

The question of whether to compensate slave owners was contentious. Some Republican lawmakers, including Lincoln, favored the idea at times, while prominent abolitionists such as Frederick Douglass and William Lloyd Garrison strongly opposed it. “As far as the leading abolitionists were concerned, slavery was a sin and a crime,” said Harrold. “And you could never compensate someone for stopping their sin and crime. Abolitionists made the point that the compensation should go the other way: the masters had gotten all this free labor for so many years, so they should compensate the former slaves.”

The later Emancipation Proclamation did not apply to any states loyal to the Union. President Lincoln issued the Emancipation Proclamation on January 1, 1863 and it applied to all slaves held in the Confederate States, which, at the time, was in rebellion against the United States. It didn’t free slaves in the border states that had not seceded and stuck with the Union, where slavery remained legal. Maryland, Missouri, Tennessee and West Virginia acted on their own to abolish slavery late in the war. Slaves in Delaware and Kentucky had to wait for ratification of the Thirteenth Amendment, after the war ended, to be freed.