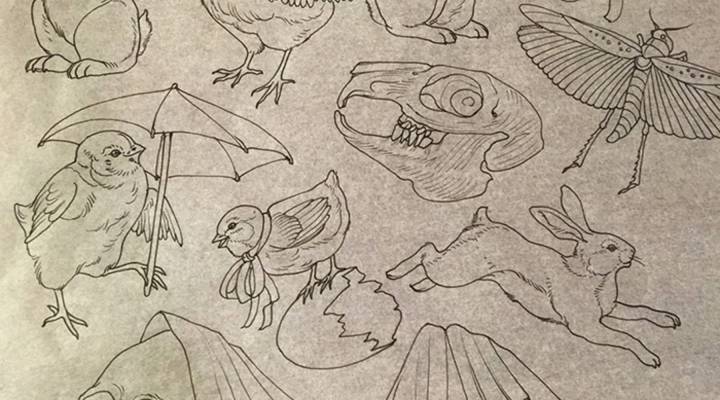 It’s like a flash sale for designer clothes, but you wear it for the rest of your life.

The popularity of tattoo flash days, events where tattoos are sold first-come-first-serve at a discounted price, follows the growth of the tattoo industry. The Harris Poll found that in the U.S. 30 percent of adults had a least one tattoo in 2015. And a IBISWorld market research report estimated the industry will grow to $1.1 billion by the year 2020—an over 400 million dollar increase. Tattoo flash days are not only a way to draw in more traffic, but a way for customers to get a chance to collect tattoos from prominent tattoo artists, who can be booked for months or even years.

“I think we’re really in a golden age of tattooing,” said Rachel Hauer, a tattoo artist at East River Tattoo in Greenpoint, Brooklyn.

The shop is covered in art. Taxidermy foxes guard the door.

The last flash day she put on was on Easter Sunday. She drew the designs the night before, and posted her results, known as a “Flash Sheet” on Instagram. She has over 52,000 followers. The sheet was full of whimsical bunnies and chicks. Her hourly rate is $300, but for this flash day each tattoo on the sheet is priced at $160 apiece. Hours before the event started, a line formed from the door to the end of the block.

Rachel Li from Queens and a friend got in line six hours early to make it first in line.

“We’ve been to other flash events where we’ve been beaten by other people,” she said. “The last flash event we went to together, there was a group of three that got here at five in the morning.”

Anna Felicity Friedman, an author and tattoo historian, said that although flash days can draw in huge crowds, they aren’t much of a money maker for either “street shops” or “elite shops.” She defined street shops as less expensive parlors that specialized in stock designs that people can easily walk in and get. Elite shops, such as East River Tattoo, are more expensive and typically do custom pieces that can take multiple sessions to complete.

“A street shop would be In-N-Out and an elite shop would be having a custom chef that cooks in your own home,” she said, using a food analogy.

Where as a street shop might benefit significantly from the uptick in traffic that a flash day provides, the benefits for elite shops, whose tattoo artists already have huge followings is less clear.

For customers, tattoo flash days bring out the collector’s spirit.

“People have the capacity to collect small versions of artwork by their favorite tattooers in the same way that a consumer of fancy sneakers or fancy handbags is able to go around and collect different brands,” said Friedman.

Where as some might get a tattoo that holds a significant meaning to them, for those that go to flash days, the significance comes from the artist themselves. Many people echoed this while waiting in line for Hauer’s Easter flash day.

“I love Rachel Hauer a lot and anything that she could have done I probably would have showed up for,” said Maureen Flacke, an interior design student at Pratt Institute, who got to the event over three hours early to sign up.

On the business side, Hauer and other prominent tattoo artists don’t need to put on these events, which can be stressful and guzzle up supplies. Even if Hauer does a flash day where she tattoos 15 designs at $160 apiece, eight hours of tattooing on a regular day would make her about the same amount. The benefit, Hauer said, comes from not only seeing some fresh faces, but breaking up the daily routine.

“So much of tattoo is commissioned based so it really gives you a chance to maybe do some pieces that you’ve had on your back burner that you really wanted to do but haven’t had the opportunity,” she said.

However, some tattoo artists worry about the negative effects that flash days might have on their work. Landon Morgan works at Leathernecks Tattoo in Park Slope, Brooklyn. He has a big bushy beard, and his shaved head is decorated with a serpent coiling around five swords. He used flash days to kick-start his budding career, but he said that tattooers, just like any other artist have to watch out that they don’t devalue their work.

“If you don’t care about your time then nobody else will,” he said.

Although he stopped doing flash days for business, he continues to do them for charity. One of his favorite charities is the Long Island Bulldog Rescue. He made a bulldog-themed flash sheet for them, each design at $50 apiece, and donated 90 percent of the proceeds from his flash day to the charity.

Click on the player above to hear more about tattoo flash days. 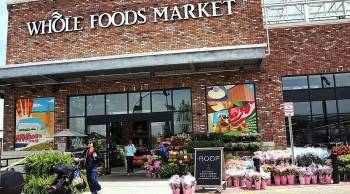