Why many businesses skip ‘terrorism insurance’

Why many businesses skip ‘terrorism insurance’

60 percent of U.S. businesses have terrorism insurance, according to the Congressional Research Service. Premiums can be as low as $25 a year. But larger businesses in high risk areas can pay thousands. Bob Hartwig, president of the Insurance Information Institute, says this extra protection gives businesses peace of mind.

“It would cover damaged or destroyed vehicles, injured workers, or benefits for workers who were killed during  a terrorist attack,” Hartwig says, but he adds right now, smaller businesses aren’t buying terrorism coverage.

Will that change, in Boston at least? Not for Boston cardiologist John Levinson.

“No, I will not buy terrorism insurance,” Levinson says.

Dr. Levinson’s outpatient practice is just a block away from the bomb site. Still, he doesn’t think the extra coverage is necessary.

“We’re in a safe world for the most part and those things happen but they’re rare,” says Levinson.

Plus, he says, terrorism insurance is limited. It will not cover nuclear or biological attacks, or acts of war.

What is terrorism insurance?

Terrorism insurance covers property damage or business losses associated with terrorist acts. The Treasury Department is responsible for officially certifying whether an event is terrorism or not for insurance purposes. Nationally, 60 percent of businesses carry this type of coverage.

How has terrorism insurance changed since 9/11?

Before 9/11, insurance companies provided terrorism coverage to commercial customers for free or little charge. In Nov. 2002, Congress enacted the Terrorism Risk Insurance Act, which outlined insurance coverage for terrorist acts. In the years since, insurers have begun to assess the risk of terror, which is largely affected by location. Businesses in major urban areas that are considered potential attack targets have higher rates. Though yearly premiums can be as low as $25 in less vulnerable areas.

How does the Treasury determine if an event qualifies as terrorism?

Motivation is important. The event or attack must be “committed by an individual or individuals as part of an effort to coerce the civilian population of the United States or to influence the policy or affect the conduct of the United States Government by coercion.” Additionally, total insured damage must reach at least $5 million.

When will the Treasury make its determination?

According to Robert Hartwig, president of the Insurance Information Institute, the Treasury Department has no official deadline.

What is happening in Boston?

Although President Obama has called the Boston Marathon bombings an “act of terror”, the Treasury Department hasn’t officially made its certification. Many businesses near the site of the explosion, which suffered property damage and/or economic losses while they closed down, do not have terror coverage and risk losing insurance payouts if the event is designated as such.

The city has created an online questionnaire for businesses to help determine their insurance coverage. Businesses in need of legal counsel are being directed to the Boston Bar Association, which has developed a team of lawyers to help file claims, pro bono. 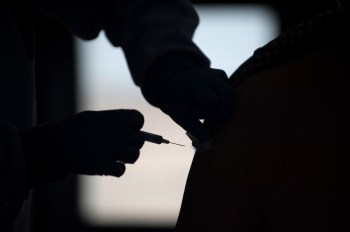