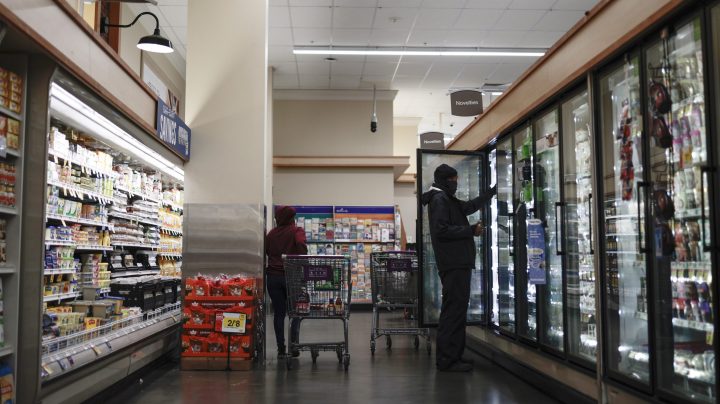 If you have investments in just about anything, the news lately has been nothing but bad.

And Tuesday we learned that even the value of your home may have declined recently. The S&P CoreLogic Case-Shiller home price index went down from June to July. It’s the first time that happened since January 2019.

In economics, there’s something called the wealth effect, which is the theory that when the value of assets like a house or a 401(k) go up, households spend more money because they feel better about their finances.

But what happens when those assets decline?

Nate Oester has lots of tabs on his screen during work: email, Twitter, news sites and his 401(k).

He said he ritually opens the investment account every morning. “It’s there and I could check it, embarrassingly, I dunno, 100 times a day.”

Oester is no day trader on the verge of retirement. He’s a 40-year-old electrical engineer in Denver.

But this year, “it’s more of an emotional downer and a feeling like I have no control over this,” Oester said.

“People’s propensity to buy things, like a revolving tie rack or a heated toilet seat, those become more attractive relative to experiences like going out to eat when you feel financially constrained,” Tully said.

The stock market has tanked much harder than housing prices, but a decline in home values could also impact consumption.

“If you’re trading in a 3% mortgage for a 6% mortgage, your monthly payment is going to go way up, and that’s going to limit the extent that people want to spend out of their home equity,” he said.

Of course, this is what Federal Reserve chief Jay Powell wants — skip the steak dinner, and the heated toilet seat, to fight inflation.