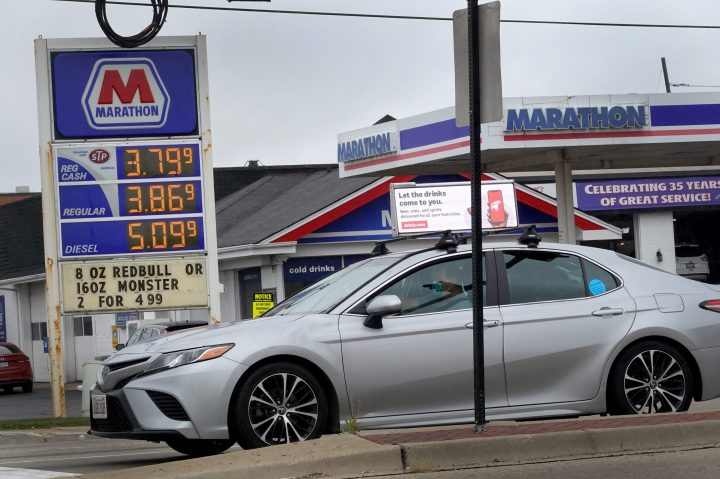 Yesterday’s Consumer Price Index missed the mark — inflation didn’t ease as much as expected in August. It was 8.3% despite steadily falling gas prices. A gallon of gas today is averaging $3.70, down from its high of more than $5 earlier this year, according to Triple A.

Since the beginning of this run on inflation, economists and policymakers have been saying oil is what’s behind rising prices. And in many ways that’s true.

“The price of gas or overall energy prices does take on an outsized importance just because it affects everyone,” said Joann Weiner, an economist at George Washington University.

Everyone, and almost everything: Heating and cooling. How much it costs to make something, and then how much it costs to ship it somewhere. But the reality of oil controlling the economy has shifted a bit since the last time the U.S. experienced major inflation.

“You know we’re much less energy dependent, fossil fuel dependent, than we were in the ‘70s. But that took a while,” Weiner said.

Took a while as in – slowly – cars have gotten lighter and more fuel efficient. So, oil’s effect on the economy has lessened a little bit. And it will continue to lessen as more vehicles go electric.

In the meantime, there’s plenty happening in the economy that has nothing to do with oil.

“Gas prices are only one part of the puzzle. There’s a whole lot of other prices in the economy,” said Justin Wolfers, an economist at the University of Michigan.

The price of lots of industries feeling the stress of shortages. In agriculture, it’s water. Droughts have contributed to the rising cost of food. For automobiles, it’s still semiconductors. Nearly every industry is feeling the shortage of labor.

“We know that it’s really difficult to get goods around the world still. It took me a year to get the dishwasher that was just installed in my house last week,” Wolfers said.

All the things the government and different industries are doing to target these problems will take time. The U.S. isn’t going to grow a semiconductor industry overnight. And so Carola Binder, an economist at Haverford College, said the only entity that can really target inflation right now is the Federal Reserve.

“It needs to do things that affect aggregate demand. So it’s raising interest rates to slow down overall consumer spending,” she said.

All signs say the Fed will raise them again when it meets next week.