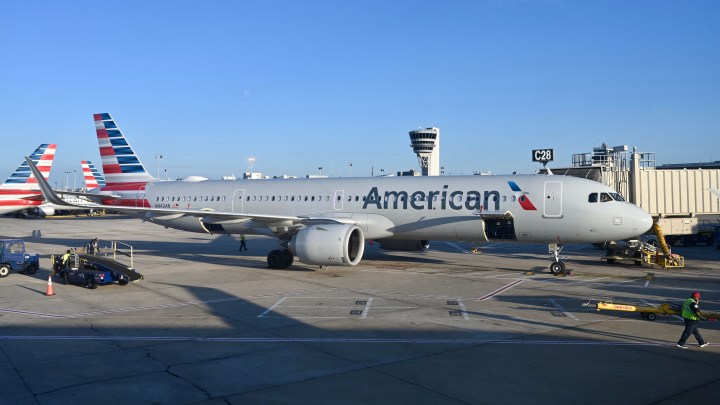 It is looking like the summer travel season is gonna be a busy one. Nearly all COVID-19-related restrictions have been lifted, including for international travelers, and lots of people are buying plane tickets.

But airlines and airports can’t keep up. There’s a shortage of pilots, crew and all sorts of airport staff. Southwest pilots are picketing in Dallas this week over staffing shortages, and American Airlines just announced it’s canceling four regional routes in Ohio, New York and Iowa because it can’t find enough pilots.

When American leaves those routes on Sept. 7, there will only be one airline serving Toledo, Ohio, and none in Dubuque, Iowa.

When the pandemic first hit and almost no one was flying, airlines offered pilots buyouts and early retirement, said David Slotnick at the travel site The Points Guy.

“And now they’re finding themselves short-staffed,” he said. “They need to hire, and they typically recruit from these regional airlines to be able to hire quickly.”

According to aviation analyst Richard Aboulafia, as long as there aren’t enough pilots and crew, “you’re gonna see airlines like American prioritize the larger markets, especially those with any kind of international connections.”

That means some smaller markets lose out, which can have a big impact on people who live nearby and the local economy. Plus, once a city loses an airline, it can be hard to get it back.

“St. Louis was once the center of TWA’s universe and had flights to Europe and wherever else,” said Aboulafia. “St. Louis, now, is sadly a much smaller airport, and I don’t think anyone dreams that it’s going to get back to what it once was.”

Sometimes, airlines do go back to a city they’ve left if demand picks up, Aboulafia added. Other times, start-up airlines see more established ones pulling out and think: opportunity.