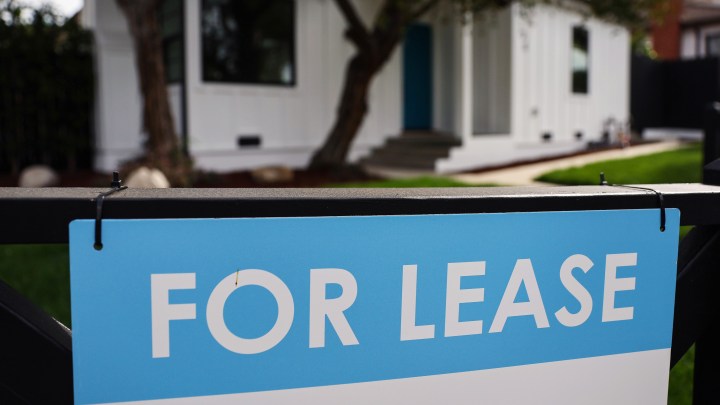 COPY
In the process of calculating the consumer price index, the Bureau of Labor Statistics asks homeowners how much money, hypothetically, they'd rent their place out for. Mario Tama/Getty Images

In the process of calculating the consumer price index, the Bureau of Labor Statistics asks homeowners how much money, hypothetically, they'd rent their place out for. Mario Tama/Getty Images
Listen Now

About 24% of the value of all those goods and services that make up the consumer price index — which is what the Bureau of Labor Statistics measures every month to calculate inflation — is linked to something called owners’ equivalent rent.

If you drilled into the housing category of Friday’s CPI, you’d find that owners’ equivalent rent saw its biggest month-to-month increase in 30 years. It’s a major reason that inflation was so high in May.

Which raises the question, what the heck is owners’ equivalent rent?

Picture a couple who bought a home in San Francisco in 1982. You know, back when someone not named Zuckerberg could afford a home there. Let’s say they haven’t had to make a mortgage payment since President Obama’s first term.

The couple may not be directly paying for housing anymore, but “the Bureau of Labor Statistics would say that that couple is consuming the amount of shelter equivalent to people in the area in similar homes who are renting those places,” said Harvard’s Judd Cramer.

It can be confusing. So why does BLS do it this way instead of just using, like, Zillow or something?

“There’s a large investment aspect to the purchase of a house. And we’re not trying to measure investment in the CPI, we’re focused on consumption,” said Steve Reed, an economist with BLS. “You’re consuming the services of a house.”

Measuring changes in hypothetical rent is tough, he said. To do that, BLS tracks 40,000 actual rental properties and then does some fancy math. To get the share of a household budget that would go to hypothetical rent, it asks homeowners what they would rent their property out for.

Economist Taylor Marr with Redfin said BLS does its best, but from a would-be homeowner’s point of view, “it underestimates changes in housing costs. And that’s because housing costs for the person who is actually active in the market experiences much greater fluctuation.”

Everybody really does have their own personal inflation rate, after all.