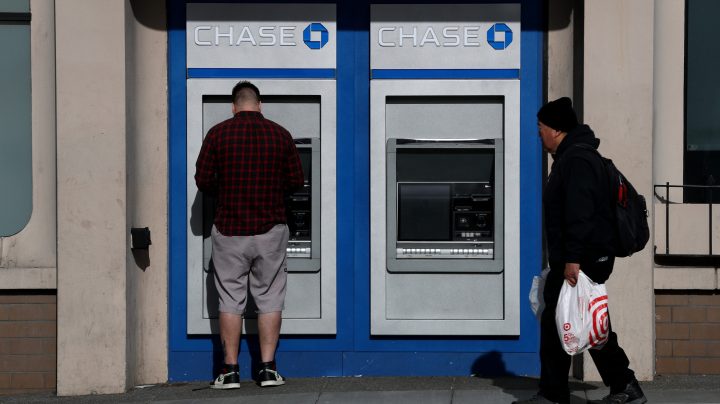 COPY
The Community Reinvestment Act, which aims to close the racial wealth gap, may be updated to cover financial firms that don't rely on neighborhood branches. Justin Sullivan/Getty Images

The Community Reinvestment Act, which aims to close the racial wealth gap, may be updated to cover financial firms that don't rely on neighborhood branches. Justin Sullivan/Getty Images
Listen Now

A key tool the federal government has to help close that gap is the Community Reinvestment Act, a law passed in 1977 that requires a bank to invest in a low-income community in which it has a brick-and-mortar branch. On Thursday, that law got a long-overdue update for the online banking era.

The Community Reinvestment Act basically mandates that if you open a bank in a low-income neighborhood, you can’t just take that neighborhood’s deposits and lend them only to borrowers in richer, usually whiter, neighborhoods.

“Its genesis is really in the civil rights era,” said Marc Morial, president of the National Urban League.

The big problem now is the law hasn’t been updated since 1995, when people actually set foot in banks.

“We believe the new fintech sector, those that focus on online banking, that should be covered,” Morial said.

Online banks can offer mortgages or checking accounts anywhere in the country, but legally they only have to invest in areas where they have a physical presence.

The rules proposed Thursday could change that, according to Jesse Van Tol, president and CEO of the National Community Reinvestment Coalition.

“Going forward, banks, including those without branches, will be assessed not just where they have branches,” Van Tol said. They’ll also be assessed by wherever they do significant business.

Richard Hunt, president of the Consumer Bankers Association, said he’d like to see those regulations apply not just to chartered banks, but to fintech companies that offer banklike products.

“They’re eating their ice cream and their cake, being able to serve consumers and not have any regulation whatsoever,” Hunt said.

The Federal Reserve, the Federal Deposit Insurance Corp. and the Comptroller of the Currency are taking public comment on the 600-page rule through August.