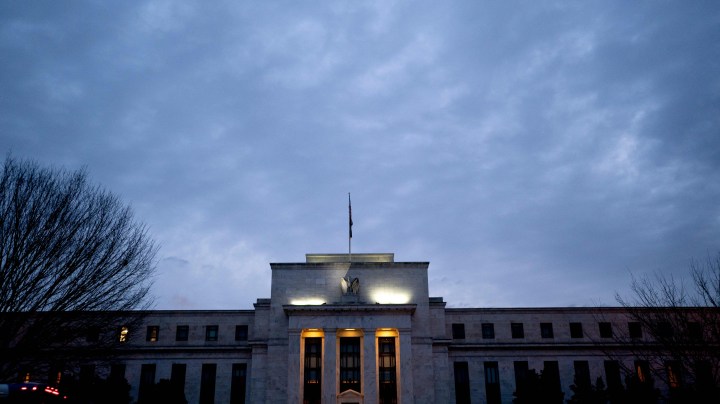 The producer price index, released Wednesday by the Bureau of Labor Statistics, had some unsurprisingly high numbers. Prices charged by suppliers rose 11.2% between March of last year and March of this year.

It’s another sign that the Federal Reserve’s work trying to control inflation through raising interest rates, among other things, is only just beginning. But how high must rates go to tame this beast? That’s a very complicated question.

There’s an idea out there in the monetary policy world about how to raise interest rates to beat inflation: “the so-called Taylor principle,” said Markus Brunnermeier, a professor of economics at Princeton.

Just think about how high 8% is — how much that would drive up mortgages, car loans, credit card bills and other loans. That would just be “way too traumatic,” Brunnermeier said.

The reason the Fed won’t go that far is this isn’t your traditional, run-of-the-mill inflation with run-of-the-mill cures. Energy prices, which surged after Russia invaded Ukraine, seem to be coming back down. Supply chain problems are improving. Wage growth has stopped accelerating as people stream into the labor force.

Some analysts believe we have reached peak inflation. Core inflation, which does not include food and energy, was lower than expected in the CPI. Inflation is going to come down on its own, said Stephen Cecchetti, a professor at Brandeis International Business School — but not all the way.

“Trend inflation is running in the range of 4% for sure, and that’s likely to be pretty persistent.”

That means the Fed may have to raise interest rates to 4% or 5%. “There are no instances in the record where inflation came down without interest rates being above inflation,” Cecchetti said.

Even if some sources of inflation are going away sooner than others, the Fed still has to do battle with rising rents and food prices. It also has to fight our expectations. When people and companies expect inflation, they raise wage demands and prices because they expect prices to rise. After month after month of high inflation numbers, our expectations have already risen.

“The Michigan inflation expectations survey is running around 5%, so that’s a reason to be concerned,” Cecchetti said. “You have to get that back down.”

So one of the big things the Fed has to change is our minds.