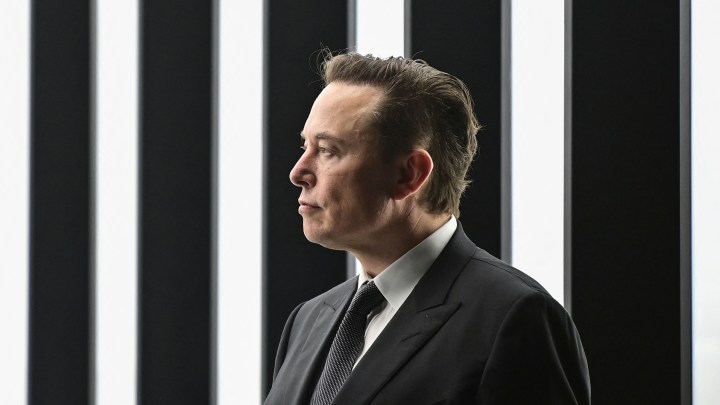 COPY
Elon Musk has been a fierce critic of Twitter's approach to free speech. Patrick Pleul/Pool/AFP via Getty Images

Elon Musk has been a fierce critic of Twitter's approach to free speech. Patrick Pleul/Pool/AFP via Getty Images
Listen Now

Tesla and SpaceX CEO (and the richest man on earth) Elon Musk is now jumping with both feet into social media: He has acquired a 9.2% stake in Twitter and will join the company’s board of directors.

Musk is a Twitter superuser and influencer. He’s also a loud and frequent critic over free speech and other issues. So what might he bring to the table?

With 80 million Twitter followers, Musk has demonstrated the extraordinary power of the platform by using it to build his own personal and business brands.

Musk has also been a fierce critic of Twitter’s control of speech. But now, he’s been brought inside the tent of the influential social media platform, said equity analyst Angelo Zino at CFRA Research.

“Look, the last thing you want is an unhappy Elon Musk, put it that way,” Zino said.

Zino thinks Musk has taken a board position to try to shape Twitter more to his free speech ideals and also to help it innovate and make more money.

“Getting more individuals in that 25- to 34-year-old range embracing the platform, new ideas like crypto, more e-commerce capabilities, changing the algorithm around,” he said.

Meanwhile, the Twitter brand and platform could use some “shaking up,” said equity analyst Scott Kessler at Third Bridge.

“It’s felt like this is the same platform people have been using for the better part of the last decade,” Kessler said.

Musk’s influence could change that, whether it’s adjusting Twitter’s algorithms, introducing an “edit” button (he recently posted a poll about it) or loosening curation rules.

“Elon Musk, without question, is a brilliant technologist, but a different technology than Twitter historically has had,” Kessler said.

He thinks Musk can help Twitter chart its future in a crowded and contentious social media landscape.