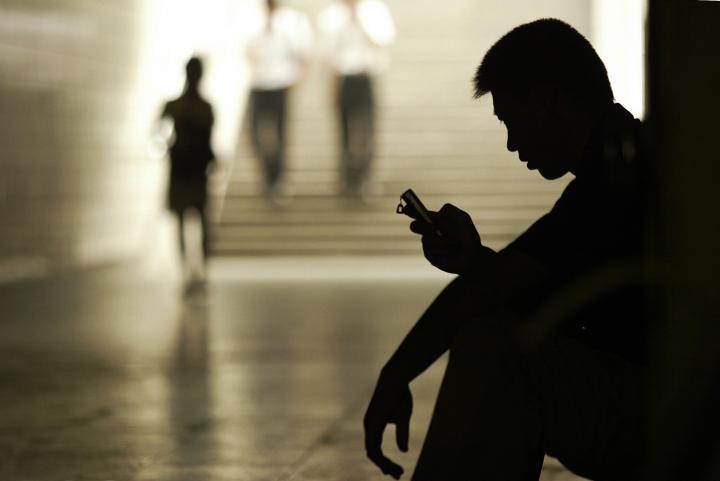 COPY
"It's really important that we don't let young people who fell through the cracks lose their chance at an education entirely," said Measure of America's Kristen Lewis. Peter Parks/AFP via Getty Images
Economic Pulse

"It's really important that we don't let young people who fell through the cracks lose their chance at an education entirely," said Measure of America's Kristen Lewis. Peter Parks/AFP via Getty Images
Listen Now

Some rate the economy based on the percentage of people actively looking for work who don’t yet have jobs – that’s the unemployment rate, which is now at a low 3.6% percent – it’s only been lower three times in the last 50 years. However, that statistic misses people who’ve vanished, many of them students and the youngest of workers.

On this morning’s Economic Pulse, “Marketplace Morning Report” host ,David Brancaccio spoke to Kristen Lewis, the director of Measure of America, a Project of the Social Science Research Council in Brooklyn, who just released the latest data on what are labeled “the disconnected.” Below is an edited transcript of the conversation.

David Brancaccio: As the pandemic wore on, what have you found with younger people?

Kristen Lewis: So we found that the pandemic pretty much reversed a decade-long trend of a declining youth disconnection rate. The youth disconnection rate is the share of young people between the ages of 16 and 24 who are neither working nor in school. And it’s a really vital metric of access to opportunity and well-being. People acquire skills and credentials, habits, experiences [that are] fundamental to rewarding and productive, joyous lives during their teens and early 20s. So the youth disconnection rate tells us which young people in our society have the chance to lay the groundwork for a freely chosen, flourishing life and which groups are facing serious challenges in the transition to adulthood.

Brancaccio: So 10 years of efforts reversed in the two years of this wretched pandemic?

Brancaccio: At a time when employers are looking hither and yon for people to recruit to work, at a time when the labor market is supposedly so tight, you have people who fall into the cracks to the point we don’t even know they are?

Brancaccio: What are some policy remedies for this — as it looks like infection rates are lower, although there’s always a chance of some new variant disrupting that — what are ways to get people reconnected?

Lewis: The first thing I’d say is something we should be doing all the time, which is directing resources to areas with the highest rates of youth disconnection. But the second thing is, it’s really important that we don’t let young people who fell through the cracks lose their chance at an education entirely. What needs to happen is that post-secondary educational institutions have to be as creative and flexible as possible, with a view to bringing students back — allowing previously accepted students another chance to start, adjusting entrance requirements to account for two COVID-lost years and really strengthening the bridges from high school to post-secondary education for vulnerable youth. A generation of young people is really at risk of being permanently scarred by lost educational opportunities, and this is a tragedy that we really have to work hard to avert.

Brancaccio: This will resonate with many parents who worry that if their child takes some time off, they’ll get out of sync with their education and just not come back. But this is on the industrial scale, on the society-wide scale, on steroids. But you understand the problem — when you’re out of the groove, and the college doesn’t know exactly where you are anymore, and your degree got derailed — how do you get people back on track?

Lewis: It’s a real challenge. And it’s so important because being disconnected as a teenager or young adult leads to lower wages, higher lifetime unemployment and more contact with the criminal justice system, as well as worse health and less happiness. So it’s critically important for young people themselves, and we all pay a high price for youth disconnection because it leads to lower tax revenues, reduced competitiveness as a nation, higher health and criminal justice costs and more. And one thing I want to emphasize is that this spike in youth disconnection affected all young people. The rates went up across the board, but the groups already struggling the most — Native American young people, Black young people — really saw a spike. According to our data, about 1 in 4 Native American young people are out of school and out of work in 2020, and about 1 in 5 Black young people.