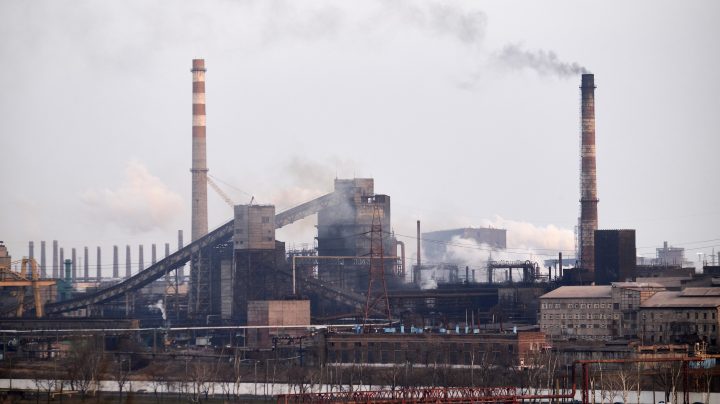 In the grand scheme of things, Ukraine has never been considered an economic powerhouse. But everything is connected in the global economy, and recent events have only driven that point home further. Industries that depend on things made in Ukraine are starting to feel the pinch.

To understand what’s happening to Ukrainian industry, start in 2011. Supply chain expert Jason Miller of Michigan State University’s business school said during that year, finding a car in certain shades of black and red suddenly got a lot harder.

“It happened to be that practically the one plant in the world that made the pigments was located in Japan,” and in a part of Japan located near the Fukushima nuclear disaster, which had just taken place, Miller said.

Ukraine’s industries are navigating that kind of upheaval now as the nation comes under assault from Russia.

“This is raising that awareness that you can have these disruptions occur because of some tier 3 supplier that you’ve never really thought of,” he said. Tier 3 suppliers provide materials and parts that are key to finished products, and there are a whole lot of those companies buried in supply chains.

A plant in Ukraine that makes electrical equipment for cars has gone offline, prompting Volkswagen to stop production at some plants in Germany. Meanwhile, shipments of Ukrainian iron ore are stuck in ports. The ore is used to make steel both locally and internationally, as far away as Japan and Austria.

Sudden shortages like this are a problem for producers of all kinds, said Scott Brown, chief economist at Raymond James.

“You might have one source for a certain material. And so you’re gonna have to scramble to find other sources. Those kinds of issues are going to come up in this kind of environment,” Brown said.

Industries ranging from chemicals to agricultural processing and building materials are being affected. “All of those as well are going to be exacerbated by this conflict,” said Pete Earle, with the American Institute for Economic Research.

This may push companies to diversify even more than they did because of the pandemic.