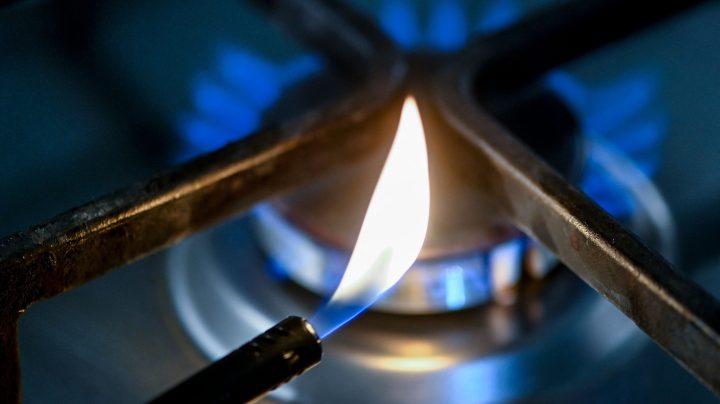 COPY
The price of natural gas often depends on how far away you are from a gas source or pipeline. Ina Fassbender/AFP via Getty Images

The price of natural gas often depends on how far away you are from a gas source or pipeline. Ina Fassbender/AFP via Getty Images
Listen Now

A barrel of oil is not too hard to visualize. It’s a 42-gallon barrel full of oil.

But visualizing the shape and size of a natural gas contract is a little harder. Gas is amorphous, colorless and, compared to liquids, kinda squishy.

A BTU is the amount of heat required to raise the temperature of one pound of water by one degree Fahrenheit, which is not a lot of energy. Your average gas oven uses 16,000 BTUs per hour, and the price you typically hear for natural gas is a million BTUs.

The Henry Hub is a distribution hub on the natural gas pipeline system in Erath, Louisiana, but it’s just a name. There’s another important variable that goes into the price of gas.

“We price gas depending on when you want it,” explained Nikos Tsafos, chair for energy and geopolitics at the Center for Strategic and International Studies.

“We also have a spot price of natural gas and the spot price is also called the cash price,” said Richard Meyer, vice president of energy markets, analysis and standards at the American Gas Association. “This is what you would pay for natural gas to be delivered to you today.”

Sometimes those prices get out of whack, so companies that use a lot of natural gas buy contracts at a lot of different lengths to hedge their bets.

“Utilities try to sort of arrange for their fuel supply ahead of time, in advance,” said Frank Beling with Oklahoma City-based design and consulting services provider Guernsey. “And they want to do it in a way where it’s reliable. That they’re able to get it when they need it.”

And at a price that’s relatively predictable.

There’s one final variable in the price of gas: How far is the gas user from the source? Gas is cheaper closer to where it’s produced or at least close to a pipeline. In that regard, some places are out of luck.

While a monthly contract for a million BTUs of natural gas at Henry Hub costs less than $4 right now, the price at an equivalent site in the Netherlands is closer to $30.

Kim said U.S. producers are desperate to increase their export capacity. And with many developing countries switching from coal to natural gas for heating and electricity, that export market is likely to expand even further.