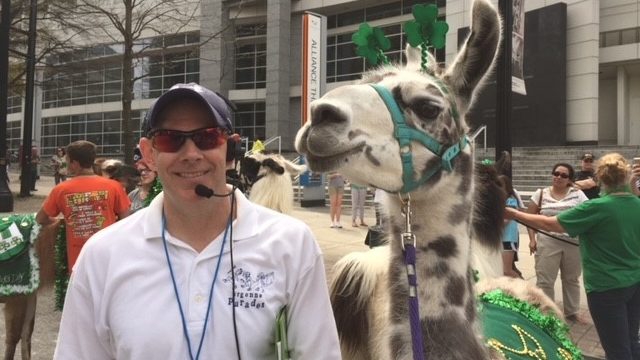 Parade organizers across America are seeing interest return ahead of the holiday season. Hobie Pileski, co-owner of Atlanta-based parade production company Argonne Parades, is one of them.

“We’ll handle all aspects of the parade, from operations to coming up with sponsors, to organizing the volunteers and getting the parade down the route,” Pileski said.

Pileski first started hearing about the pandemic while he was planning a parade for St. Patrick’s Day in March 2020.

“We were getting a little concerned that it would affect us and, in fact, we had to cancel the parade just three or four days before the parade started,” Pileski said.

Pileski was concerned about how the pandemic would affect other parades planned for the rest of the year — all of which ended up being canceled.

“It turns out that we still have not had a full, traditional parade since December of 2019,” Pileski said.

In the absence of traditional in-person parades, Pileski said some events were put on hold and others were adapted into drive-thru parades, where spectators drive down the parade route. Pileski said the PPP loan he received helped his business make it through.

“I think we just kept positive, that things would turn around eventually,” he said.

Pileski started to notice more Fourth of July parades in the summer of 2021. The city of Atlanta also began to approve more live events.

“It gave our clients a little more reassurance that, in a few months, they would be able to hold their events,” Pileski said.

As parade demand returns, Pileski said he’s now working on two holiday events and parades for next year. “Each city that we deal with has their own regulations. We have to make sure that we have hand-washing stations and enough space for people to line up in,” he said.

Parades are a tradition for many families; Pileski said he doesn’t see them going away anytime soon.

“People go to these every year, and they bring their kids and their grandkids, and I think people really missed these traditional big events,” Pileski said. “It’s just one more aspect of just bringing the community back together again.”