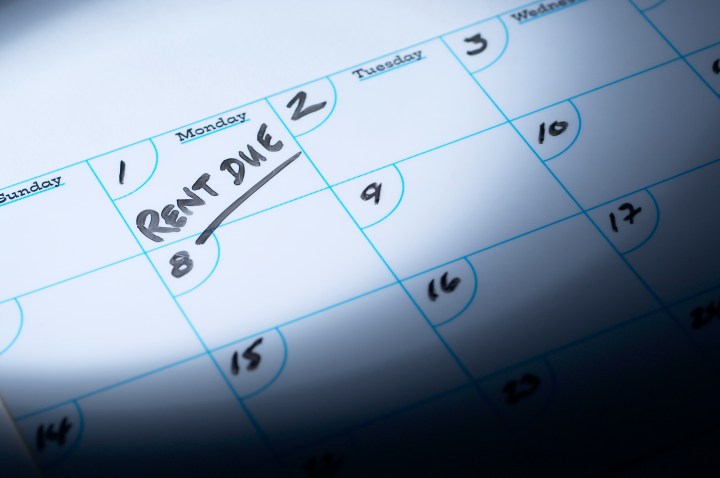 COPY
Renters aren't the only one with questions as federal relief starts to run out. Getty Images

Renters aren't the only one with questions as federal relief starts to run out. Getty Images
Listen Now

States and cities around the country are running out of federal money set aside to help tenants pay their rent during the pandemic.

While renters have been hit hard, landlords say they too have shouldered part of the burden.

Now that the funds are almost gone, they’re wondering if more help is on the way.

New York City resident Karron Graves said she spent decades building up her savings to buy a one-bedroom apartment near Harlem. It was an investment she made for her retirement.

“It’s a 30-year savings process of living … really frugally, sleeping on an air bed on a floor in my 30s, shopping only at the Goodwill, so I could save up to do this,” she said.

But Graves said her tenant stopped paying rent after the pandemic started.

She was relieved when the federal government set aside tens of billions of emergency rental assistance dollars, first under President Donald Trump and again under President Joe Biden.

“I was hopeful because it finally gave the landlords an opportunity to get some help,” she said.

The program covered her tenant’s rent through this summer. But Graves – a freelance actor and teacher – is once again worried about how her tenant will pay rent and how she herself will pay her mortgage.

The federal government expects almost two thirds of emergency rental assistance money will be spent or allocated by the end of this year.

A survey from the New York landlord trade group the Community Housing Improvement Program found 40% of renters who carry pandemic rent debt haven’t applied for help yet. Jay Martin is the executive director.

“So when you think about those numbers, you realize that there’s an entire universe of renters with large debt, who have not been serviced by this program, and the program has run out of money,” he said.

The U.S. Treasury Department is working on a fix, with plans to redistribute money that hasn’t yet been spent. Rutgers University Assistant Professor Peter Hepburn said initially, that all states, even less populated ones, got minimum subsidy payments.

“So if you’re a renter in Montana or Wyoming or Idaho, there’s likely more than enough funding there to help you to catch up on rent and to make your landlord whole,” he said.

Unspent money from those states may end up in New York and other places with a high share of delinquent renters and where rent costs more. But with funds running low, there will be less to move around overall.

Some states have stopped accepting new applications altogether for now.